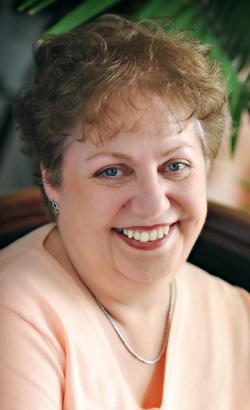 Karen Dionne is the internationally published author of two environmental thrillers, Freezing Point and Boiling Point. Her first science thriller was nominated by RT Book Reviews as Best First Mystery of 2008, and has been published in Germany and the Czech Republic. Both books are available in audio from www.Audible.com. Her short fiction has appeared in Bathtub Gin, The Adirondack Review, and Thought magazine, as well as FIRST THRILLS: High-Octane Stories from the Hottest Thriller Authors, an anthology of short stories by newer and established thriller authors edited by Lee Child.

Ms. Dionne’s articles and essays have appeared in Writer's Digest Magazine, RT Book Reviews, and Writer's Digest Books. She blogs about books and writing,and writes about the publishing industry from an author's perspective at AOL’s DailyFinance.

Ms. Dionne is cofounder of the online writers community Backspace, and organizes the Backspace Writers Conferences held in New York City every year. She is a member of Sisters in Crime, Mystery Writers of America, and the International Thriller Writers, where she serves on the board of directors as Vice President, Technology.

The Snow Child: A Novel

“Ms. Ivey’s debut novel is a triumph—a splendid retelling of a familiar tale that glows with the intensity of the northern lights and generates its own magic.

“Ms. Penney succeeds. The Invisible Ones is utterly absorbing, a convoluted and yet satisfying read that will keep readers guessing to the last page.”

And So It Goes: Kurt Vonnegut: A Life

“Readers need not be familiar with Vonnegut’s oeuvre to enjoy this fascinating biography of an immensely talented and darkly complicated man.

“Trackers is an ambitious novel that opens a window into the people, the problems, and the landscapes of South Africa.