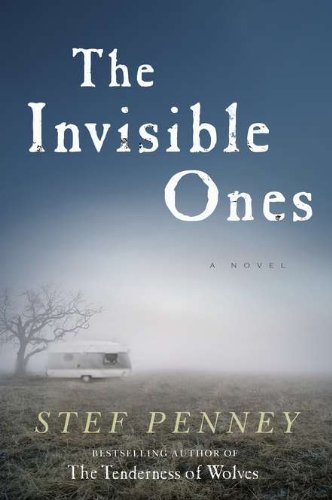 “Ms. Penney succeeds. The Invisible Ones is utterly absorbing, a convoluted and yet satisfying read that will keep readers guessing to the last page.”

When a prominent person goes missing, everyone knows about it, as the media serve up a steady stream of breaking news for those eagerly following the story.

But what happens when someone on the fringes of society disappears? Someone who is known—and missed—by only a handful of people?

And what if that handful don’t care that the missing person is gone?

Rose Janko, the mousy and unassuming wife of the charismatic son of a traveling Gypsy family in England, has been missing for seven years. No one reported her disappearance. No one went looking for her. No one knows if she’s dead or alive.

Rose Janko is presumed to have run away from her arranged marriage to Ivo Janko after giving birth to a child with the family’s genetic disorder. The members of Ivo’s family accept this explanation, as does Rose’s family—even though no one has seen or heard from Rose in seven years.

But when Rose’s mother dies, her father at lasts decides it’s time to find out what happened to his daughter. He hires Ray Lovell, a half-Romany private investigator to find out. Foul play seems the most likely possibility, although there’s no body. But if Rose is alive, where could an isolated Gypsy girl with no friends or contacts outside her community have gone?

Ray knows he’s been hired more for his blood than his investigative skills. In the closed and close-knit Gypsy world, no non-Romany could get the same degree of access. And yet the very people Ray thought would help him block his investigation. The Jankos, it turns out, are a fringe group in a society that’s already marginalized, secretive, and reclusive to a near-impenetrable degree.

The mystery of Rose’s disappearance unfolds through two narratives—first from the point of view of Ray Lovell; the second from the perspective of JJ, Ivo’s adolescent nephew. Like Ray, JJ is his own brand of outsider, desperate to fit in with his secretive family while straddling the world of the non-gypsies at school and the reticent Romany at home.

JJ doesn’t know what happened to Rose, but he becomes more and more curious as the story he’s always believed about her disappearance unravels. As Ray’s investigations bring him deeper into the family’s secrets, his and JJ’s stories intertwine until they culminate in a shocking conclusion.

Ms. Penney presents a fascinating window into a world most of us will never see. Penney is not Romany, but The Invisible Ones is so meticulously researched, readers could be forgiven for thinking that she is.

When an outsider writes about a closed community like the Gypsies, there’s always a risk of either romanticizing or being offensive. In an interview with author Tana French, Ms. Penney admits this was a concern:

“At one point, I considered giving up the subject, but I really love the story, so here it is. . . . My hope is that, first, I have given a well-researched, unstereotypical account of unique fictional characters who just happen to be from the Gypsy community, and, second, that the more portrayals there are culturally, the more balanced the overall picture becomes.”

There’s no doubt that Ms. Penney succeeds. The Invisible Ones is utterly absorbing, a convoluted and yet satisfying read that will keep readers guessing to the last page.