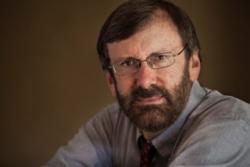 His most recent work, Changing Our Minds: Psychedelic Sacraments and the New Psychotherapy, was published in the spring of 2017. It chronicles a quiet revolution underway in our understanding of how psychedelic drugs work and how they can be used to treat depression, addiction, and other disease. The stories behind this cutting-edge medical research and religious exploration reveal the human side of a psychedelic renaissance.

Changing Our Minds is the latest installment in a trio of books about the recent history and future prospects for finding beneficial uses for drugs and plant medicines like LSD, psilocybin, MDMA, and ayahuasca.

Mr. Lattin’s previously published work is titled Distilled Spirits: Getting High, then Sober with a Famous Writer, a Forgotten Philosopher, and a Hopeless Drunk. It’s a memoir/group biography that looks at how writer Aldous Huxley, philosopher Gerald Heard, and Bill Wilson, the co-founder of Alcoholics Anonymous, opened new doors in Western religious thought

Distilled Spirits is a prequel to The Harvard Psychedelic Club: How timothy Leary, Andrew weil, zram Dass, and Huston Smith Killed the Fifties and Ushered in a New Age for America. It was a national bestseller and won the 2010 California Book Award, Silver Medal, for nonfiction.

Mr. Lattin’s journalistic work has appeared in dozens of U.S. magazines and newspapers, including the New York Times, Wall Street Journal, and the San Francisco Chronicle, where he worked as a staff writer covering religion and spirituality for nearly two decades.

His other books are Jesus Freaks: A True Story of Murder and Madness on the Evangelical Edge and Following Our Bliss: How the Spiritual Ideals of the Sixties Shape Our Lives Today. He is also the co-author of Shopping for Faith: American Religion in the New Millennium.

Changing Our Minds: Psychedelic Sacraments and the New Psychotherapy

Distilled Spirits: Getting High, Then Sober, with a Famous Writer, a Forgotten Philosopher, and a Hopeless Drunk

The Harvard Psychedelic Club: How Timothy Leary, Ram Dass, Huston Smith, and Andrew Weil Killed the Fifties and Ushered in a New Age for America

Jesus Freaks: A True Story of Murder and Madness on the Evangelical Edge

Following Our Bliss: How the Spiritual Ideals of the Sixties Shape Our Lives Today

Shopping for Faith: American Religion in the New Millennium

Over the last few days of January 1967, three dozen experts in botany, pharmacology, chemistry, anthropology, and psychiatry gathered at the medical school at the University of California in San Fr

How to Change Your Mind: What the New Science of Psychedelics Teaches Us About Consciousness, Dying, Addiction, Depression, and Transcendence

It’s often said there’s something “ineffable” about the nature of one’s mind on LSD, magic mushrooms, or other psychedelic plants or drugs.

The Recovering: Intoxication and Its Aftermath

Our vision of the tumultuous history of Europe in the 15th and 16th centuries has become inseparable from the flourishing of Renaissance art, particularly the outpouring from such Italian masters a

The Monk of Mokha

Dave Eggers, the accomplished Northern California novelist, returns to nonfiction storytelling with this captivating account of a young Yemeni-American businessman who dreams of reviving his homela

The Collected Letters of Alan Watts

The very human side of Alan Watts, the East-meets-West scholar of the 1950s and libertine philosopher of the 1960s, comes alive in this wide-ranging collection of letters compiled by his two eldest

Stop the Press: How the Mormon Church Tried to Silence the Salt Lake Tribune

Battles over newspaper coverage of the Mormon church date back to the earliest years of the most persecuted and persistent cult in American religious history.

In the Beginning: Illustrated Stories from the Old Testament

Book publishing as we know it began in the 1450s with the richly illustrated Bible that Johannes Gutenberg produced in Mainz, Germany, an event that soon sparked the religious revolution known as t