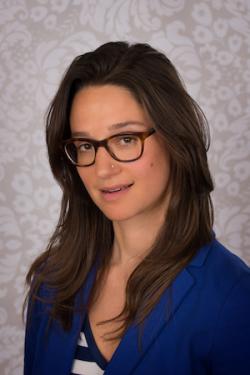 Mattea Kramer is a writer whose work has been published in The Washington Post, The Guardian, and The Nation, and she has appeared as a commentator on MSNBC. As the former research director and senior advisor at National Priorities Project, a federal budget think tank, and as a professor of social change, Ms. Kramer’s expertise spans such topics as public sector finance, Social Security, health care costs, the Pentagon budget, and civic engagement.

She holds a bachelor’s degree in economics from Amherst College and a master’s degree in public policy from Harvard.

A People's Guide to the Federal Budget

Prison by Any Other Name: The Harmful Consequences of Popular Reforms

“In its best and final chapter, Prison by Any Other Name describes how every individual can help build a different sort of community and emergency-response system, one neighborhood

Tailspin: The People and Forces Behind America's Fifty-Year Fall—And Those Fighting to Reverse It

Steven Brill’s Tailspin is an astonishingly shrewd and detailed account of our modern American reality.

Power Up: How Smart Women Win in the New Economy

Magdalena Yesil’s Power Up is the newest book in the tradition of Sheryl Sandberg’s Lean In, in which powerful women who have spent decades downplaying their gender in order to re

Mental Health, Inc. is gripping in the sense that you’ll literally grip the book tightly in both hands as you read this horrifying account of our twisted mental health system.

The Great Equalizer: How Main Street Capitalism Can Create an Economy for Everyone

Human civilization is constantly changing, argues David Smick in The Great Equalizer: How Main Street Capitalism Can Create an Economy for Everyone, a manifesto for a new set of policies d