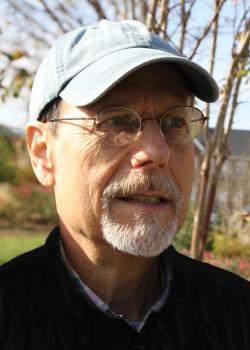 A former staff writer for Congressional Quarterly, a historian and journalist, Marc Leepson has been arts editor and columnist for The VVA Veteran, the magazine published by Vietnam Veterans of America, since 1986. He has written for many newspapers and magazines, including the Washington Post, New York Times, Wall Street Journal, Smithsonian, Military History, Civil War Times Illustrated, Baltimore Sun, Chicago Tribune, Arizona Republic, New York Newsday, and USA Today.

Mr. Leepson is the author of seven books, most recently, Lafayette: Leadership Lessons from the Idealist General (Palgrave/Macmillan, 2011), a concise biography of the Marquis de Lafayette; Desperate Engagement: How a Little Known Civil War Battle Saved Washington, D.C., and Changed American History (Thomas Dunne, 2007) tells the story of the Battle of Monocacy and Confederate General Jubal Early’s attack on Washington. Flag: An American Biography (Thomas Dunne, 2005) is a history of the American flag from the beginnings to today; and Saving Monticello: The Levy Family’s Epic Quest to Rescue the House That Jefferson Built (Free Press, 2001; University of Virginia Press, 2003), is a complete history of Thomas Jefferson’s house.

Mr. Leepson is the also editor of Webster’s New World Dictionary of the Vietnam War (Macmillan, 1998) and a contributor to The Dictionary of Virginia Biography.

The Color of Night

The publisher is billing Madison Smartt Bell’s latest novel as a “taut, terrifying tale,” and one that “will appeal to readers of James Ellroy and Cormac McCarthy.” That brought two problems to bea

AN American Radical: A Political Prisoner in My Own Country

You need only two ingredients to create a worthwhile memoir: an intriguing life story and the writing skills to convey that story evocatively.

A Small Hotel: A Novel

Robert Olen Butler, best known for A Good Scent From a Strange Mountain, his 1993 Pulitzer-Prize winning collection of short stories, has been turning out first-rate fiction for three deca