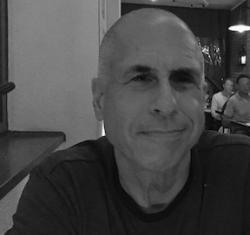 Elan Barnehama is an author, a freelance writer/editor, and ghostwriter. His fiction has been published in numerous journals, and his many interviews and essays have appeared in Huffington Post and elsewhere.

His first novel, Finding Bluefield, explores what happens when society’s invisible become visible. His current novel-in-progress, Escape Route, is set in New York City and narrated by 14 year old Zach, the first generation son of Holocaust survivors who becomes obsessed with the war in Vietnam, a girl named Samm, and finding an escape route for that time when the US will decide to round up its Jews.

Such Good Work: A Novel

“‘You have to forget the past so that you can live the future,’ a Syrian immigrant tells Jonas, revealing Lichtman’s key for Jonas to move forward through his pain.”

“Garcia has created a way for these four teens to challenge the way they view themselves, each other, their community, and what they each dream for their future.”

“In The Dogs of Detroit Felver has created a dark mirror for readers to gaze into.”