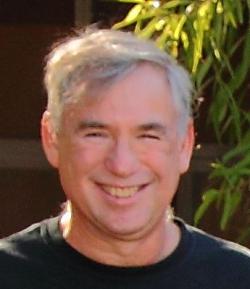 Dr. Isaacman received his Ph.D. in astrophysics in 1980 from Leiden University in the Netherlands, after which he became the Netherlands’ science liaison to the United Kingdom Infrared Telescope on Mauna Kea on the Big Island in Hawaii. He later joined NASA as a contractor and was head of the science software team for NASA’s first cosmology satellite, the Cosmic Background Explorer (COBE). The COBE mission confirmed the major features of the Big Bang theory for the origin of the Universe, and won its project scientist, Dr. John Mather, the 2006 Nobel Prize in physics.

Dr. Isaacman lives in Annapolis, Maryland, and is the author of over 50 publications. These are mostly technical papers but also include a large number of articles and book reviews for Bridges, an interdisciplinary journal on whose editorial board he served for many years.

Tubes: A Journey to the Center of the Internet

“Mr. Blum paints a vivid picture of the Internet, and gives a sense that it is more than just the mysterious interstitial digital space between your computer and mine.”

Nine Algorithms That Changed the Future: The Ingenious Ideas That Drive Today's Computers

“That, indeed, would likely be the best use of Nine Algorithms that Changed the Future: as an adjunct text in a freshman computer science course.

The Manga Guide to Relativity

Is there any part of the scientific canon that has taken greater hold of modern popular imagination than relativity?

Dilemmas of an Upright Man: Max Planck and the Fortunes of German Science

Max Planck, certainly one of the fathers of modern physics, and arguably the dean of theoretical physics in Germany at the turn of the 20th century, was a famously decent man whose association was

The Matchbox That Ate a Forty-Ton Truck: What Everyday Things Tell Us About the Universe

The world of popular science writing is a fiercely competitive one, and its inhabitants attempt to ensure their own survival by choosing an audience (technically educated or not?

How timely, that on the day I began reading this excellent book, in mid-January 2002, the weekly magazine Science News included an article whose headline was “Record Science Budget Evaded