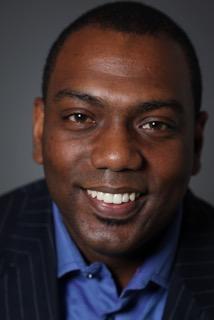 Basil Smikle Jr. is the Executive Director of the New York State Democratic Party and a PhD candidate at Teachers College, Columbia University, concentrating in Education and Politics. He holds appointments as an adjunct Professor at Columbia University’s School of International and Public Affairs and the City University of New York’s Murphy Institute for Professional Studies. His commentary is regularly featured on CNN, MSNBC, Fox Business Channel, and Fox News.

A staunch advocate for public service, he is part of the next generation of thinkers and policy leaders. In 2010, Mr. Smilke was featured in the Los Angeles Times as “Harlem’s New Political Elite.” U.S. Senator Cory Booker called him a "much sought-after consultant." A profile in the Wall Street Journal led to a feature in a New York Magazine cover story on the next generation of African American leaders. The New York Daily News called him a “fresh thinking . . . school reformer.” The New York Post said “New York needs such vibrant leadership.”

Mr. Smilke was a senior aide to Hillary Rodham Clinton who called Basil a “key advisor and tremendous public servant . . . who makes sure all voices are heard.”

He graduated with a Bachelor of Science in 1993 from Cornell University in Industrial and Labor Relations. In 1996 he received his MPA from Columbia University’s School of International and Public Affairs.

Vanishing New York: How a Great City Lost Its Soul

The urban doughnut, in planning parlance, has inverted.

Defying the Odds: The 2016 Elections and American Politics

On any given day, the daily tumult of presidential politics and the reconfigured political paradigm have given voters a new set of keywords and phrases that bedevil the Administration and have the

Who Gets In?: Strategies for Fair and Effective College Admissions

Baby boomers were told all they needed was a high school diploma and with a good job, they were almost assured a place in the middle class.

A Colony in a Nation

A reasonable argument can be made that some of the unrest in Ferguson, Cleveland, New York City, and Baltimore in response to the deaths of young black men at the hands of law enforcement, nurtured

The Case for Impeachment

In a recent interview, Professor Allan Lichtman—who has successfully predicted the outcome of presidential elections since 1982—said America’s founding fathers “believed that impeachment was a crit

Residents in the newly formed United States of America may have witnessed its first national public relations campaign when Alexander Hamilton, James Madison, and John Jay argued for a national con

Black Elephants in the Room: The Unexpected Politics of African American Republicans

The 2016 presidential campaign cycle has proven to be the most unpredictable and volatile in modern history.