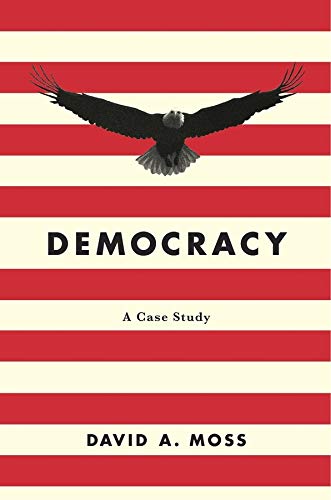 Residents in the newly formed United States of America may have witnessed its first national public relations campaign when Alexander Hamilton, James Madison, and John Jay argued for a national constitution in The Federalist Papers. Today, students reading these intuitive essays are rarely captivated by the concern for overreaches of power by factions in part because of their commonplace nature in our political system.

But our founding fathers channeled Hobbes and Locke to make a compelling case for curbing political power—the likes of which have been on full display recently. After watching President Trump and his use (or misuse) of executive authority within the first few weeks of his nascent administration, we are reminded that the framers’ wisdom is more relevant now that ever.

As President Trump experiments with the limitations of his power to disastrous effect, scholars and pundits are working to assiduously examine the increasingly important role of checks and balances, the role of unofficial government actors, and the apathy that caused almost half the U.S. voting population to stay home in 2016. Democracy: A Case Study, by David A. Moss, diligently documents both laudatory and shameful public policies in America’s history through a compilation of case studies that delve into the ever-fluctuating distribution of power and the manner in which that power is used to promote discrete goals.

Moss contributes over 700 pages in well-researched studies ranging from President Jackson’s pursuit of Cherokee removal to the politics of New York State and the establishment of new financial institutions. He scrutinizes details of Martin Luther Kings’ grassroots effort to push President Lyndon Johnson and Congress to support voting rights and the Supreme Court’s decision in Citizen’s United that prompted deleterious and profound effects on modern campaigns and elections.

Throughout these cases, Moss sheds light on how individuals and groups come into prominence and manipulate the levers of government to create circumstances that are not always sustainable. Issues that were thought to be settled are consistently litigated in the public sphere—a demonstration of how democracy lends itself to the emergence of new actors, the durability of old ones, and the ability of advocacy groups to adapt to rapidly changing environments.

The author raises, and wants us to revisit, a central question: Does our democracy work? Two changes in the format of the book would have made that key query more robust. First, while each case is bookended by what amounts to be a rationale for its relevance (complete with an epilogue in the Appendix), the illustrative value to his main question and subsequent conclusions is difficult to discern. Little, after such rich research, ties them together.

Second, Moss introduces important policy issues as potential reasons for growing apathy in our system: declining voter participation, lack of civics education in schools, and growing hyper- partisanship to name a few. These are all pertinent and, if unpacked further, could shed light on how our democracy has been damaged.

But the pernicious effects of these issues on the state of affairs seems disconnected from the case studies themselves—essentially separating the book into two rather unequal and somewhat disjointed parts: a collection of important events, the importance of which may not be evident, and an analysis of threats to broad democratic participation.

Organized differently, the links and conclusions would be stronger, providing the reader with ample support to reach their own conclusions. Moss’s accomplishment is significant and timely nonetheless. And regardless of where you stand on the issues raised, the nuances of our political system and the many roadblocks on the path to policy-making is complex and worthy of thoughtful, thorough investigation.