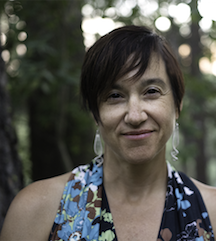 Sylvia Torti is an ecologist and writer. She completed her PhD in Biology in 1998 at the University of Utah. Her studies focused on the unique and little understood phenomenon of tropical monodominance (natural monocultures) in Congo, Africa.

Dr. Torti is also creative writer. Her first novel, The Scorpion’s Tail, (Curbstone Press, 2005) won the Miguel Mármol Award for “best debut fiction by an American Latino.” Her short stories and essays have been published in a numerous magazines and edited volumes. Her second novel, Cages, won the Nicholas Schaffner Award for Music in Literature (Schaffner Press, 2017).

She has taught biology and creative writing; was the President of Writers at Work, a nonprofit organization in Salt Lake; and the Director of the University of Utah’s Rio Mesa Center, an interdisciplinary field center on the Colorado Plateau. Currently, she is serving as dean of the Honors College at the University of Utah.

The Study of Animal Languages: A Novel

“a smart, entertaining and highly readable novel, one that should appeal to a diverse audience.”

In the Distance With You

Tension between the inescapable distance that exists, and must exist, between people, and the driving desire for closeness is what ties together the characters in the accomplished and sensitive nov