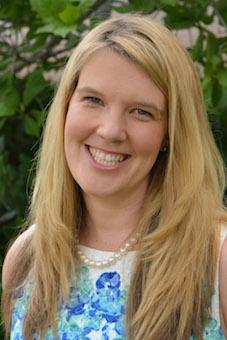 Susan McWilliams is an Associate Professor of Politics at Pomona College, where she has twice won the Wig Award for Excellence in Teaching.

Dr. McWilliams is the author of Traveling Back: Toward a Global Political Theory (Oxford, 2014) and an editor of several books, most recently The Best Kind of College: An Insiders’ Guide to America’s Small Liberal Arts Colleges (with John Seery, SUNY, 2015). Her forthcoming titles include A Political Companion to James Baldwin (Kentucky, 2017) and Reading the American Road Trip (Lexington, 2018). In addition, Dr. McWilliams’ work has been published in journals including The American Conservative, American Political Thought, Boston Review, Bust, Commonweal, Front Porch Republic, The Nation, Perspectives on Political Science, Political Science Quarterly, and The Review of Politics.

For her work, Dr. McWilliams has received several commendations, including the Graves Award in the Humanities and a National Endowment for the Humanities fellowship.

Dr. McWilliams received her B.A. in political science and Russian from Amherst College, where she was Phi Beta Kappa, and her M.A. and Ph.D. in politics from Princeton University. She lives in Claremont, California, with her husband, two children, and a menagerie of animals.

Traveling Back: Toward a Global Political Theory

Ever since Donald Trump’s election to the presidency, the words “white working class” have had a hocus-pocus power in American politics.

Post Grad: Five Women and Their First Year Out of the Ivy League

Almost 20 years ago, David Brooks laid out the one reason journalists should pay attention to Princeton students. The kids at Princeton today are the leaders of most places tomorrow.

The Making of the President 2016: How Donald Trump Orchestrated a Revolution

The subtitle of this book is How Donald Trump Orchestrated a Revolution, so you might think that Donald Trump plays the starring role in it. But you’d be wrong. He doesn’t.