Post Grad: Five Women and Their First Year Out of the Ivy League 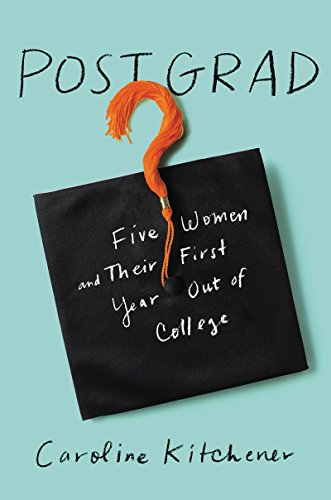 Almost 20 years ago, David Brooks laid out the one reason journalists should pay attention to Princeton students. The kids at Princeton today are the leaders of most places tomorrow. They are disproportionately driven, pedigreed, and connected to networks of power. To study them is to get a beat on the ascendant ruling class, and it is always smart to have a beat on the ascendant ruling class.

Kitchener suggests, in the introduction to Post Grad, that the experiences that she and four of her Princeton classmates had in the year after their graduation are representative of the experiences of millennials (and particularly millennial women). It’s a claim repeated in the book’s press materials. How preposterous.

Consider: This is a book about 2014 college graduates in which student debt is not mentioned once. (Princeton is one of only a few schools in the country with a total “no-loan” policy; financial-aid students get grants and work-study jobs—no loans!—so that all might graduate debt-free.) That should be enough said.

But if not, consider: Kitchener makes eager claims about the diversity of her subjects. She says that she “intentionally chose women who were very different from one another: with different aspirations, values, and racial, ethnic, and socioeconomic backgrounds.” But not one is a first-generation college student. All seem to come from families with a modicum of financial reserves. (At least three of the five went to pricey prep schools, and two come from families with wealth that Kitchener estimates in the hundreds of millions of dollars.) What looks like inclusive diversity at Princeton looks like exclusionary affluence everywhere else.

Even if you admit differences in their backgrounds, it is striking how similarly Kitchener’s subjects turn out. All of them end up in large American cities in coastal states. All have basically cosmopolitan sensibilities. All are inclined to choose professional opportunity over romantic love, or to pursue romantic love only when it does not get in the way of professional opportunity. If they weren’t homogenous before Princeton, they feel pretty homogenous after.

At moments, Kitchener recognizes this, the way in which schools like Princeton define diversity so it fits like a straitjacket. The most insightful lines in Post Grad, I think, come when Kitchener tries make sense of her classmate Olivia, the most “alternative” of the bunch:

“Princeton isn’t a place that really encourages students to be ‘alternative’—at least not in the way Olivia wanted to be. The school community rewards people who are different—who pursue very specific interests or come from diverse backgrounds—but only if they package themselves in a way the school can understand. A polyamorous LGBT activist could be successful at Princeton, but only if she sought recognition in socially acceptable ways—for example, if she organized an important new program through the LGBT center, marketed that program to other universities, and won a Fulbright to do research on LGBT rights in some remote, developing country after graduation.”

Insights like this one make me think that Kitchener has the potential to wield a much more powerful and pointed pen than she does in this book.

And she is, without question, a talented writer. I read Post Grad in a single sitting.

Oh, how it brought me back!

Twenty years ago, I graduated from a super-elite college. That first year out, it felt like I’d fallen off a cliff. I missed school; I wasn’t sure who I was beyond “good student.” I pined for the cloistered social scene on campus, where everyone had been pre-screened by admissions officers. I felt pressure to live in New York, though I was a small-town kid. My 21-year-old self could easily be one of Kitchener’s characters.

What Post Grad proved to me, then, was not how distinct millennials are but how stable (and provincial!) super-elite-college experience has been across the last quarter century. Meet the new meritocrats, same as the old meritocrats.

Even the “polyamory” that three of the book’s subjects try out—a practice that Kitchener treats as a newfangled generational experiment—is just a new word for an old thing: having more than one romantic and/or sexual partner at a time and being up front about it. Two decades ago, the term was “open relationship.”

Whatever you call it, it’s a practice that is bound to percolate among people who desire intimacy but who—because of educational training, professional ambition, and social milieu—do not feel able to settle down. (The year after my graduation, one of my friends said, “The biggest problem you have is that you’re a monogamist.”) There’s a lot to reflect on here, but not for the reasons Kitchener gives.

Post Grad is an engaging book, but one wishes it were a game-changing book. It could have been, if Kitchener had framed her stories differently and not tried to claim a generational mantle. By doing that, she unintentionally proves something quite other than what she intends: how insular our ascendant ruling class is, and how little it recognizes that insularity.