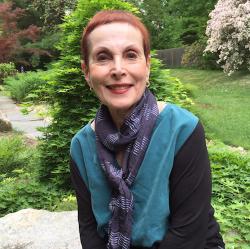 Recipient of the Theodore Hoepfner Fiction Award and past writer-in-residence at the Mishkenot Sha’ananim Art Colony in Jerusalem, Perle Besserman was praised by Isaac Bashevis Singer for the “clarity and feeling for mystic lore” of her writing and by Publisher’s Weekly for its “wisdom [that] points to a universal practice of the heart.”

The Kabbalah Master: A Novel

A New Zen for Women

Grassroots Zen: Community and Practice in the Twenty-First Century

If You Leave Me: A Novel

Crystal Hannah Kim’s celebrated debut novel can either be read as a tragic love story, in the tradition of Romeo and Juliet, or as a feminist parable of a woman victimized by the Korean wa

“The Children’s House is best read slowly. It’s a story to be savored, lingered over rather than hurried through to its surprise ending . . .”

Books about goddesses are generally lyrical, lovely—and flat. Tabloid reflections of the mindless, wealthy, beautiful women who laze around the pool at expensive spas.