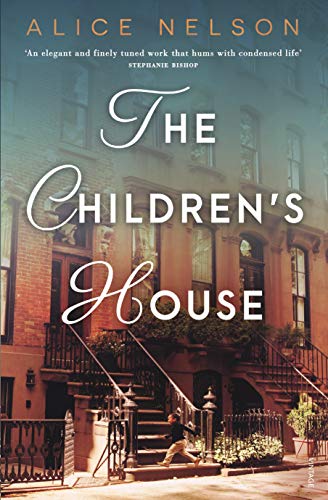 “The Children’s House is best read slowly. It’s a story to be savored, lingered over rather than hurried through to its surprise ending . . .”

The Children’s House opens with the ironically named “Constance,” the shockingly inconstant mother of a Rwandan refugee baby, in the act of abandoning her child in a house on a marsh in Cape Cod. Biblical shades—of Miriam leaving the baby Moses in a rush basket on the Nile in Egypt, the naming of the boy after the angel “Gabriel,” the presentation of kibbutz life as a contest between the God of ancient Israel and the socialist ideology of modern Zionism—all serve as the thematic underpinnings of this emotionally powerful novel.

In the book’s first chapter, the grim portrayal of the child’s December abandonment discloses that, in the eyes of his traumatized Rwandan mother, Gabriel, named by a foreign African Christian pastor, is a repulsive, alien creature she wishes to get rid of. So ends the tragic prologue.

Flashback to the previous summer in Harlem, and Marina—whose name suggests the safe harbor that will soon provide shelter to the adrift Rwandan boy—musing on the “foreign and magical” New York heat. Is she, too, a refugee?

Only partly, we discover, as we are gradually introduced to the events that brought this privileged white university professor and her psychiatrist husband Jacob (the biblical god-wrestler) to “a neighborhood that belonged to others.” Directly contrasting the impossible bad luck of Rwandan refugee Constance, lost in America with Gabriel, the son she does not want, are this childless Jewish couple blessed by “the impossible good luck of their marriage.”

Transplanted kibbutz-born Israelis, Marina and Jacob are now comfortably ensconced in New York—he, in a successful practice in Chelsea, and she, as a writing professor at Columbia. Underlying the glow of their blessed marriage, however, is the haunting shadow of displacement—the feeling of never really belonging to the sought-after “foreignness” of Harlem. For, like Gabriel, Marina, too, had been abandoned—at first psychologically, and later, literally, by her mother. More even-tempered and self-confident than the moody Marina, Jacob had fortunately been rescued by his parents from the kibbutz’s fearsome “children’s house” and brought to New York at the insistence of his loving mother.

Parallel child-abandonment stories are juggled seamlessly in Nelson’s melodious prose: Marina and her brother Dov’s shocking abandonment by their mother; Jacob’s first wife’s inexplicable desertion of their son Ben; and Marina’s own inability to tend to the “neediness” of her students.

At its most successful, the central theme resonating throughout the book in layered stories of forced, or willful separation of mothers and children—either by war, ideology, mental illness, or resentment of motherhood itself—all merges into one story, a palimpsest of good and bad fairy godmothers and witches.

Less successful is the way the narrative shifts to focus on Marina’s mother-in-law Rose, her exile, in Israel, and return to New York. Similarly, the sudden departure from the initial Rwandan refugee story of Constance and her boy Gabriel is sometimes unnerving.

Strands of all three stories move in opposite directions rather than intertwining as Rose’s history unfolds, leaving Constance, and Marina’s stories to hang in the air, as it were. Fortunately, Nelson’s deft pacing intervenes to bring it all back together again through Marina’s reflections on the themes of defection, departure, and loss.

“What makes people stay . . . or what propels them to leave?” Identifying with the child, Gabriel, Marina muses on what it feels like “to be barely existent in the world . . . “ “unknown” and “unprotected . . . “ “Perhaps all unsheltered children felt like this,” she concludes, struck by Constance’s “capacity to absent herself so completely that even her child seemed invisible to her.”

Yet it isn’t until far into the novel that we learn the reason for Marina’s too close, almost hothouse feelings toward Gabriel, explained in a brief two-page account of her and Jacob’s inability to have children. Her unwillingness to go through the IVF treatments, and her seemingly unlimited capacity to mother other women’s castoffs—like her brother Dov, her stepson Ben, and Gabriel, the Rwandan woman’s refugee child. Finally, at Jacob’s prompting, Marina can acknowledge to herself “this small thrill that the child had chosen her love over Constance,” even likening her secret passion for the boy to an adulterous affair.

The Children’s House is best read slowly. It’s a story to be savored, lingered over rather than hurried through to its surprise ending, which, narrated by the now adult Gabriel, provides its bittersweet conclusion.