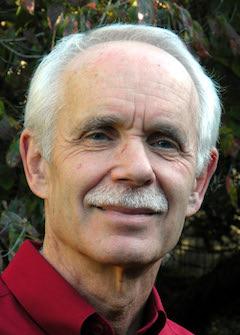 Mark Reutlinger is professor of law emeritus at Seattle University. He is the author of the Mrs. Kaplan mystery series, as well as the political thriller Made in China and numerous works in the field of law, including Washington Law of Wills and Intestate Succession.

Mr. Reutlinger was born in San Francisco and graduated from UC Berkeley, where he was awarded the University Gold Medal for Scholarship. He began writing novels after a long career in law teaching and practice. In a way he is still teaching, as his Mrs. Kaplan novels incorporate descriptions and explanations of many Jewish customs and practices, as well as a bit of Yiddish, while Made in China confronts the problem of America’s dependence on foreign manufacturing and its possible consequences.

Mr. Reutlinger and his wife Analee live in University Place, Washington, where he enjoys biking, tennis, various crafts, and interesting cars (a Morgan and a Tesla). He is also the Executive Director of the Tacoma Concert Band, in which he plays clarinet. He has no idea where he finds the time for all of this.

Made in China
This item is no longer valid on Amazon.

Mrs. Kaplan and the Matzoh Ball of Death: A Mrs. Kaplan Mystery
This item is no longer valid on Amazon.

A Pain in the Tuchis: A Mrs. Kaplan Mystery

My Italian Bulldozer: A Novel

Just from the title of this latest little work by Alexander McCall Smith, you know it is going to be a light-hearted tale about Italy . . . and a bulldozer.

The Secrets of Wishtide

The Secrets of Wishtide by Kate Saunders is a the first of a new cozy mystery series introducing private investigator Laetitia Rodd, 52 years old and the poor widow of an archdeacon, livin

The Little Old Lady Who Broke All the Rules: A Novel

Were you planning to place a loved one in a retirement home sometime soon?

Don’t do it. Send them to prison instead!