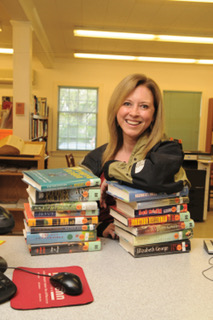 Erica Obey is the author, most recently, of the IPPY and Foremost Indie award-winning mystery The Curse of the Braddock Brides, which Publisher’s Weekly described as “a smoothly unfolding, satisfyingly twisty tale.”

She has also published two other novels, Back to the Garden and The Lazarus Vector, a paranormal mystery that Publisher’s Weekly called “fascinating” in a starred review.

She holds a Ph.D. in Comparative Literature and taught courses on mystery and fantasy fiction at the college level before she decided that she’d rather be writing the stories herself.

The Curse of the Braddock Brides

The Lazarus Vector: A Novel

Back to the Garden (Five Star Mystery Series)

The Wunderkammer of Lady Charlotte Guest

“an enjoyable and engaging novel.”