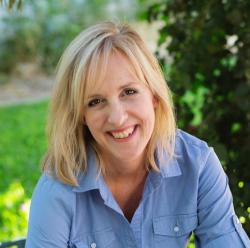 Kristen Hansen Brakeman writes about parenting and daughter-ing—or whatever irks her at the moment. Her comedic essays have been published in the Huffington Post, the New York Times, the Washington Post, Working Mother magazine, and L.A. Parent, among others. She was recently featured on the Erma Bombeck Writer’s Workshop as their Humor Writer of the Month.

Ms. Brakeman’s first book, Is That the Shirt You’re Wearing? was released in May 2017 by Tidal Press. Told over two summers three years apart, Is That the Shirt You’re Wearing? is a collection of Brakeman’s funny and poignant essays about her life and family. From a laugh-out-loud debate with her potty mouthed first grader to the hazards of shopping in an overly perfumed clothing store with her tween, to helping her husband cope with his diagnosis of prostate cancer, Ms. Brakeman tackles it all with wit and humor.

Between writing, Ms. Brakeman works behind the scenes on television variety shows and lives in the suburbs of Los Angeles with her husband and three daughters.

Is That The Shirt You're Wearing?: A Memoir in Essays

Al Franken, Giant of the Senate

My eighth grade English teacher had our class write autobiographies based on our imagined lives as adults. In mine I recounted my exciting careers as a TV comedy writer, actor, and U.S. Senator.

The Totally Unscientific Study of the Search for Human Happiness

May 8, 2017
Reviewed by:
Kristen Hansen Brakeman

Fans of Paula Poundstone’s dry humor and offbeat view of the world should enjoy her new book, The Totally Unscientific Study of the Search for Human Happiness.

May 4, 2016
Reviewed by:
Kristen Hansen Brakeman

Parent Hacks by Asha Dornfest is a clever assortment of time saving shortcuts and creative tricks designed to help parents.

Do I Have to Say Hello? Aunt Delia's Manners Quiz for Kids and Their Grownups

“What are you saying—that my kid has bad manners?”

1,411 Quite Interesting Facts to Knock You Sideways

Whales can only taste salt.

Things I've Said to My Children

Things I’ve Said to My Children by Nathan Ripperger is an attractive gift book with lovely illustrations that will make a nice baby shower gift for some.

Breaking Out of Show Business: What I've Discovered By Not Being Discovered

“behind-the-scenes life of a working performer . . .”

Inspired Baby Names from Around the World: 6000 International Names and the Meaning Behind Them

“While his storytelling is entertaining, it’s the uniqueness of his immigrant story and his interesting background that prove fascinating.”