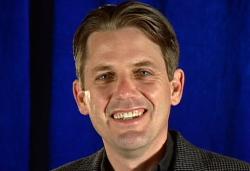 Steve O’Keefe is cofounder and chief operating officer of SixEstate Communications. He is a serial entrepreneur, writer, professor, and Internet pioneer. He wrote the bestselling book Publicity on the Internet in 1996 and has taught Internet PR since the mid-1990s for IBPA Publishing University, Tulane University, and the Stanford Professional Publishing Program, among others.

Mr. O’Keefe is cofounder of the International Association of Online Communicators. He was president of AuthorViews (2004–2008), and executive director of Patron Saint Productions (2001–2011), where he launched online campaigns for over 1000 books and many of the world’s largest publishing brands including Dr. Seuss, For Dummies, Ripley’s Believe It or Not!, RealAge, and Wiley InterScience.

Publicize Your Book: An Insider's Guide to Getting Your Book the Attention It Deserves

You Can Make It Big Writing Books: A Top Agent Shows How to Develop a Million-Dollar Bestseller

Rewire: Digital Cosmopolitans in the Age of Connection

“It's becoming increasingly difficult for anyone to see the world as it truly is.”

The Rise of the Naked Economy: How to Benefit from the Changing Workplace

“Whether you are suited to working naked or not, it is coming to your city—in fact, it's already here.”