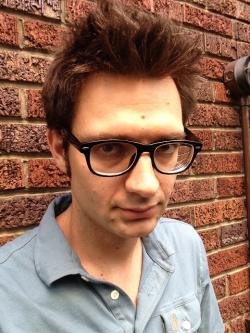 Ryan David Jahn grew up in Arizona, California, and Texas.

After working in television and film for several years, he published his first novel, the Crime Writers' Association John Creasey Dagger-winning Good Neighbors, in 2009, and has since published five others: Low Life; The Dispatcher, which was long-listed for the CWA Ian Fleming Steel Dagger and named by the Financial Times as a top-ten crime novel of the year; The Last Tomorrow; The Gentle Assassin; and Dark Hours. His new novels, The Algebra of Blood and The Breakout, are scheduled to be published in October 2016 and January 2017 respectively. Translation rights to his works have been sold in 12 languages.

He now lives in Louisville, Kentucky, with his wife Jessica and two daughters, Francine and Matilda.

The Dispatcher: A Novel

The Breakout: A Novel

Everything I Don't Remember: A Novel

Some novels grab you by the shirt collar and yank you in. Others walk away with little more than a coy glance over the shoulder, trusting that you’ll follow.

“Willnot isn’t the type of novel you’re expecting. It’s better than that.”

At least as frustrating as a bad book—which, after all, can be tossed aside and forgotten—is a good book that could have been even better.