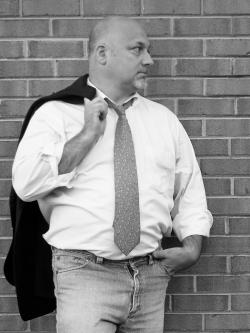 Peter Van Buren, a 24-year veteran of the State Department, spent a year in Iraq. Following his book, We Meant Well: How I Helped Lose the Battle for the Hearts and Minds of the Iraqi People, the Department of State began proceedings against him. Through the efforts of the Government Accountability Project and the ACLU, Van Buren instead retired from the State Department with full benefits of service. His upcoming book, Ghosts of Tom Joad: A Story of the #99 Percent, examines the decline of the middle class, its replacement by the working poor, and the end of community in an increasingly economically and culturally disparate America. One person characterized the book as "a good story, but with a conscience."

Ghosts of Tom Joad: A Story of the #99 Percent

“The story told here about Afghanistan is nearly exactly the story that was told in Iraq. Two wars that if they had any validity in the first place . . .”

Methland: The Death and Life of a Small American Town

“. . . if instead you follow the fairy tale of making straw into gold, you have a chance at a life that is full, meaningful, and pleasantly finite.”