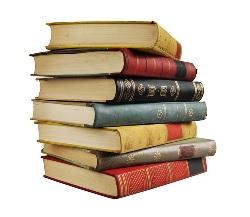 A fourth-grade teacher sent Joni Tickel home with a report card that recorded nothing but, “Thirty-two book reports!” That single exclamation mark, Ms. Tickel says, initiated her first vanity and established what was to become her only throughline identity: as reader.

Ms. Tickel has used that zeal and its prescribed degrees to wait tables, clean houses, sell towels, books, and contemporary art. For ten years she edited Taos Magazine, in Taos, New Mexico. She left the magazine to become a gallerist, co-founding the estimable Parks Gallery. There for two decades, she concentrated a background in art history and her editing skills on artists’ monographs and books.

Her short fiction has appeared in The North American Review, New Mexico Humanities and Indiana Review, among other small magazines.

She remains in northern New Mexico, from where she writes, “I’ve reached a certain age that is not, so far, distinguished by its certainties. But aging does subvert biography, and what a liberation that is. Goodbye to marketing, especially of self, and hello to a simpler sharing of enthusiasms.”

The Museum of Modern Love

The Museum of Modern Love, by Australian writer Heather Rose, is a meditation on love and creativity.

Call Them by Their True Names: American Crises (and Essays)

For almost 40 years, feminist, environmentalist, and human rights advocate Rebecca Solnit has shepherded activists and animated a spirit of community.