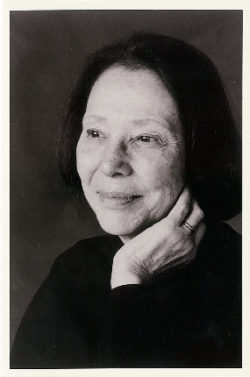 Grace Schulman received the 2016 Frost Medal for Distinguished Lifetime Achievement in American Poetry, awarded by the Poetry Society of America. Her seventh collection of poems is Without a Claim (Mariner Books, 2013). Her forthcoming memoir is Strange Paradise: Portrait of a Marriage (Turtle Point Press, 2018), and her collection of essays is First Loves and Other Adventures (U of Michigan Press, 2010).

Among her honors are the Aiken Taylor Award for Poetry, the Delmore Schwartz Memorial Award, a Guggenheim Fellowship, New York University's Distinguished Alumni Award, and a Fellowship from the New York Foundation for the Arts. She has won five Pushcart Prizes and has been featured seven times on Poetry Daily.

Editor of The Poems of Marianne Moore (Viking, 2003), she is Distinguished Professor of English at Baruch College, C.U.N.Y. Ms. Schulman is former director of the Poetry Center, 92nd Street Y, 1974-84, and former poetry editor of The Nation, 1971-2006. Her poems, essays, and translations have been published widely, here and abroad.

The Paintings of Our Lives: Poems

For That Day Only: Poems

Burn Down the Icons: Poems (Princeton Series of Contemporary Poets)

The Poems of Marianne Moore

Carol Muske-Dukes opens her eighth collection of poems with a vision of life seen all the more radiant for its closeness to death.