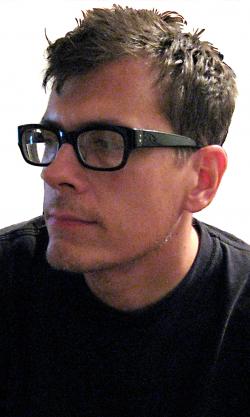 Mr. Fish has been a freelance writer and cartoonist for 21 years, publishing under both his real name (Dwayne Booth, and the penname of Mr. Fish) with many of the nation's most reputable and prestigious magazines, journals, and newspapers. In addition to his weekly cartoon for Harper’s and daily contributions to Truthdig, he has also contributed to the Los Angeles Times, The Nation magazine, the Village Voice, the L.A. Weekly, the Atlantic, the Huffington Post, Vanity Fair, Mother Jones, the Advocate, Z magazine, the Utne Reader, Slate.com, MSNBC.com, and others.

He has also worked for National Public Radio and KPFK/Pacifica Radio. In May 2008 he was presented with a first place award by the Los Angeles Press Club for editorial cartooning. In both 2010 and 2011 he was awarded the prestigious Sigma Delta Chi Award for Editorial Cartooning from the Society of Professional Journalists.

His most recent book is Go Fish: How to Win Contempt and Influence People, published in 2011 by Akashic Books. He lives in Philadelphia with his wife and twin daughters.