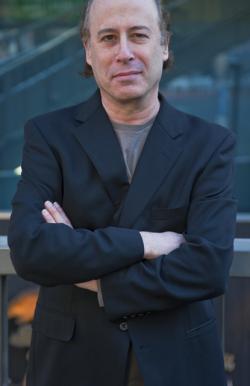 Barry Lancet is an expat American who has lived in Tokyo for more than 25 years. He is the author of the international mystery-thriller series featuring Jim Brodie. Japantown, the first book in the series, won a Barry Award Winner for "Best Debut Novel,” was selected as “Best First Novel” by Suspense Magazine, and has drawn considerable movie and television interest. The second entry, Tokyo Kill, is a Shamus Award finalist for “Best Hardcover P.I. Novel.” Pacific Burn, the third book, launches in February 2016.

The idea for an international mystery-thriller series was sparked after a three-hour grilling in a Tokyo police station for a non-criminal infraction. The interrogation evolved into one of the most intensive psychological confrontations Mr. Lancet had faced up to that point in his stay in Asia, causing him to reinterpret many of his experiences, past and future, in a new light. That encounter and his access to inner circles in traditional and other areas of the culture inform his writing. While still based in Japan, Mr. Lancet makes frequent trips to the U.S.

Ruler of the Night (Thomas and Emily De Quincey)

David Morrell has been called “the father of the modern action novel.” During his long career he has written more than 30 books, among them the spy thriller The Brotherhood of the Rose and

“Guilty Minds crosses the finish line a winner—suspenseful, swift, surefooted, and entertaining to the end.”

Phillip Margolin is a talented storyteller. He’s got a silky, deceptively simple style that snakes back around when you least expect it and grabs you.

“Connelly has created a subtle gem.”