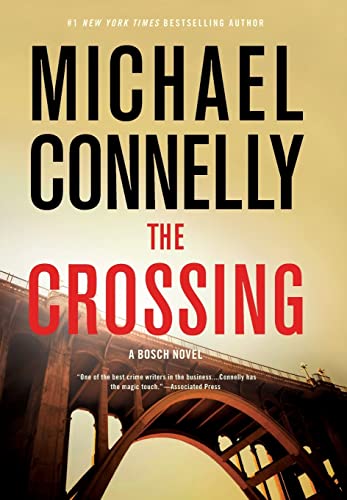 “Connelly has created a subtle gem.”

Harry Bosch has entered a new phase of his life. He is retired and at loose ends. His current romance is floundering because he is “too consumed by the loss of his career and finding his place as a man without a badge to keep the relationship on the front burner.”

Then family intrudes on two fronts. His teenage daughter Maddee, now living with him full time, confounds him with her elliptical answers, often in the form of one-line text messages. His half-brother, attorney Mickey Haller, desperately needs help with a case.

Bosch struggles to decipher the mystery that is his daughter and refuses the job from his brother. For one thing, Haller’s client, Da'Quan Foster, is a former gang member with a record, just the type of lowlife Bosch spent his career putting behind bars. For another, Bosch is planning to restore a 50s Harley-Davidson he has kept on ice for two decades. The tough detective is, in essence, putting himself out to pasture.

But in truth Bosch has a stronger reason for resisting his brother’s plea for assistance. If he were to take on the work, he would be making “the crossing”—from the side of law-and-order, as represented by the police and prosecutors, to “the dark side,” as represented by the defense team.

Haller insists his client long ago turned his life around; he is innocent. Bosch the career cop replies, “Come on, Haller, don’t embarrass yourself. Every defense lawyer in every courthouse says the same thing every day of the week. Every client is innocent.”

“You know,” Haller tells him some pages later, “it must be hard to be like that.”

“Not believing in rehabilitation and redemption, that people [like Haller’s client] can change. With you it’s ‘once a con, always a con.’ ”

Haller persists, Bosch resists, then eventually concedes, conditionally: he’ll look over the case if Haller accepts Bosch’s findings no matter what, for he fully expects to find Haller’s client is guilty. Haller agrees.

Immediately, Bosch’s expectations unravel. He discovers discrepancies that get under his skin, and before long Bosch the truth seeker is back.

This is a novel full of murder books—two to be precise. One on the killing of assistant city manager Lexi Park, the crime Da'Quan Foster is charged with, and the second on the murder of a transvestite who calls himself “Sindy as in S-I-N,” who also happens to have been Foster’s alibi.

Bosch’s masterly examination of the murder books—as he digs out a whisper of a contradiction here, a fact that needs fleshing out there—is a pleasure to watch. Once the seasoned detective teases out “loose ends and unexplained details,” the hunt for explanations takes him to a second, more dangerous crossing: “The place where the predator first encounters his prey.”

And a place that attracts the wrong kind of attention.

Meanwhile, Bosch’s conscience tugs at him: Is he betraying his colleagues?  Is he turning his back on all he stood for? Bosch, the dogged individualist, has always rebelled against the herd mentality. Will he do that here, when it means turning against his own kind?

Connelly has created a subtle gem. Among the always-inventive drama and fireworks of the investigation, he gives us a more mature Bosch, one who is dealing with radical upheavals in his world, though not necessarily changes for the worse. The brooding and gloom have lessened. At the same time as he struggles with the new parameters of role as a detective, he is in awe that his daughter is in his house, under his care. The newness in his life may have him blinking at the brightness, but by the end he has found a way to stand tall once again.