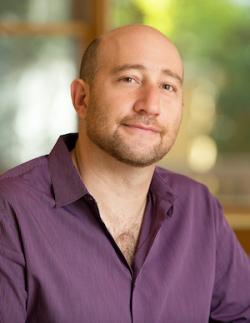 Aaron Hamburger was awarded the Rome Prize by the American Academy of Arts and Letters for his story collection The View from Stalin's Head (Random House). His novel Faith for Beginners (Random House) was nominated for a Lambda Literary Award. His latest novel is Nirvana Is Here.

His writing has appeared in The New York Times, The Washington Post, The Chicago Tribune, Poets & Writers, Tin House, Subtropics, Details, Crazyhorse, Boulevard, and O, the Oprah magazine. He has received fellowships from the Edward F. Albee Foundation and the Civitella Ranieri Foundation in Italy, and residencies from Yaddo and Djerassi. He has also taught writing at Columbia University and the Stonecoast MFA Program.

The View from Stalin's Head

Faith for Beginners: A Novel

Nirvana Is Here: A Novel

“Word by word, Schwartz chooses her language with a surgeon’s precision. Her craftsmanship is a joy to behold.”