The Secret Serial Killer: The True Story of Kieran Kelly 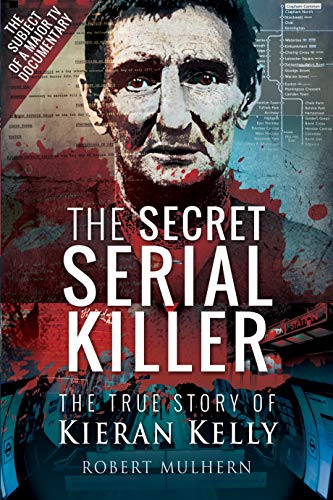 “Although there are few answers and far too many questions, the strange tale of Kieran Kelly shows that human monsters can prey on their fellow man for years, and so long as the victims belong to society’s class of the great unwanted, the police and the general public just will not care.”

In 2015, a former London police officer named Geoff Platt made a shocking revelation: between 1953 and 1983, an Irish immigrant named Kieran Kelly killed some 31 people in London. Platt claimed that many of these victims were pushed in front of subway cars in the London Underground. Given the randomness of these crimes, and given that the victims were almost exclusively homeless male tramps with histories of drug and alcohol addictions, Kelly’s case was never thoroughly investigated by the police.

Journalist and author Robert Mulhern spends a majority of The Secret Serial Killer pointing out the flaws in Platt’s argument. Mulhern finds that Platt not only exaggerated his credentials (he was never a detective and only worked on the periphery of Kelly’s only official murder case in 1983), but passed off hearsay as facts. However, Mulhern ultimately admits that Platt may be right about some things regarding the enigmatic Kieran Kelly.

This is not a book for those who prefer neat and tidy conclusions. Similarly, this is not a standard true crime book. Rather, the focus here is on Mulhern’s quest to uncover the true facts about Kieran Kelly. No solid conclusion is ever reached, but the author does concede that Kelly was most likely guilty of more than one homicide. The problem remains that “a cold-case investigation into claims of murder dating back to the 1950s” is not viable in an age of “swingeing police budget cuts.” The Kelly saga may never have a satisfactory ending.

That Kelly was a murderer is not in question. He was tried and convicted at the Old Bailey in 1983 for the 1975 murder of Hector John Fisher. Kelly was also convicted of manslaughter in the case of William Boyd, a fellow transient whom Kelly beat to death while they shared a cell in the Clapham Police Station. These facts are the only certain ones in this complex narrative.

Some of Mulhern’s sources reject the claim that Kelly murdered because of his hatred of homosexuals (some argue that Kelly was himself a repressed homosexual); some sources agree that sexuality played a big role in Kelly’s crime spree. Brian Sliman, a fellow Irish immigrant in London who employed Kelly as a tradesman during the 1980s, tells Mulhern here that Kelly did have a frightening temper, but was clean, conscientious, and a bit of a lady’s man. This view is at odds with the police record, which depicts Kelly as a dirty bum who used unprovoked ultra-violence on fellow down-and-outers.

Some points in this book go nowhere. For instance, at the former residence of the Kelly family, Nicky Meagher, uncovered a skeleton with a wire noose wrapped around its throat. The Irish police, who have had the remains since they were first discovered in 1993, have yet to actually say whether or not the bones are human or animal. The question of Kelly’s sexuality is never cleared up, and Mulhern never commits to final number of victims.

The Secret Serial Killer is a frustrating but rewarding read. Although there are few answers and far too many questions, the strange tale of Kieran Kelly shows that human monsters can prey on their fellow man for years, and so long as the victims belong to society’s class of the great unwanted, the police and the general public just will not care.