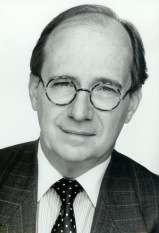 Wilborn Hampton is a former journalist with United Press International and The New York Times. His first book, Kennedy Assassinated: The World Mourns, is an account of his part as a cub reporter in covering the murder of President Kennedy in Dallas. Later books focus on some of the stories he covered as a reporter or was witness to, including the wars in the Middle East, the nuclear meltdown at Three Mile Island, and the September 11 attack on New York City. He has also written young adult biographies on Babe Ruth and Elvis Presley. His latest work is Horton Foote: American Storyteller, a biography of the playwright and screenwriter.

Meltdown: A Race Against Nuclear Disaster at Three Mile Island: A Reporter's Story

War in the Middle East: A Reporter's Story: Black September and the Yom Kippur War

“an insightful and astute snapshot of obsession.”

The Girl from Venice

Martin Cruz Smith opens his latest thriller The Girl from Venice on a moonless night as an Italian fisherman named Cenzo is standing barefoot in the mud, plucking cuttlefish out of the wat