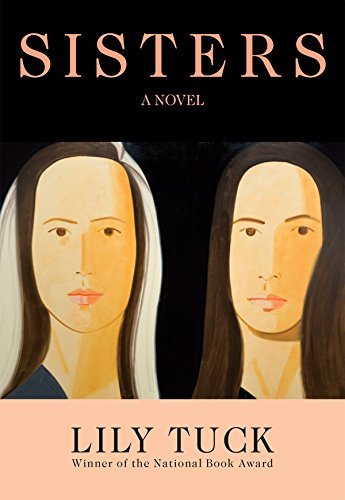 “an insightful and astute snapshot of obsession.”

Lily Tuck is one of the most economical writers working in fiction today. She is also one of savviest about the neverending battle between the sexes, and in her new novel Sisters, Tuck explores in minimalist prose the chemistry and psychology of a marriage from the point of view of a newly married second wife.

In previous novels, such as The News From Paraguay, for which she won a National Book Award, or Siam: or, the Woman Who Shot a Man, a PEN/Faulkner Award finalist, Tuck set her stories against a backdrop of 19th century Paraguay and 1967 Vietnam. For Sisters, she is in contemporary New York, but the doubts and jealousies that can plague a marriage are all too familiar.

Tuck begins with an epigram from the British novelist Christopher Nicholson’s 2014 novel Winter: “First and second wives are likes sisters.” But the unnamed wives in Tuck’s novel could not be more disparate. As she sets out in the opening one-sentence page: “We are not related—not remotely.”

Sisters is narrated by Wife No. 2 and as if to prove the point of that disparity she notes that Wife No. 1 is a cat-loving tall blonde who is fair-skinned and has a Grecian nose like Michelangelo’s David, whereas she is dark and petite and assures her new cat-hating husband she likes dogs.

It is clear early on that all is not well in this second marriage. Wife No. 2 is curious about her predecessor to the point of obsession: studying photos of Wife. No. 1, quizzing her friends, even taking the cross-town bus to shop at the same grocery store in the hopes of catching a glimpse of her. Unable to sleep and rather than count sheep, Wife No. 2 tries to calculate the number of times her husband had sex with his former wife.

Wife No. 2 also inherited two stepchildren, a girl and a boy, and her imagined competition with their mother extends to a leniency with the kids that ends with the boy getting into drugs, and later leads to an even greater permissiveness that will have more disastrous consequences.

Mementoes and tales from Wife No. 1’s past haunt Wife No. 2. An old photo of the first wife pushing a pram down a street in Paris with a dog on a leash becomes a recurring image in the narrator’s mind. Hearing from a friend that Wife No. 1 was an accomplished pianist who studied at the Curtis Institute with Seymour Lipkin, her tin-eared successor envisions her playing in a concert hall and starts listening to Chopin. To compete, No. 2 takes up photography.

Wife No. 2’s fixation with Wife No. 1, who is only referred to as an italicized third-person “she” throughout, becomes an addiction. She calls her predecessor on the phone, then either hangs up or refuses to leave a voicemail message. She starts a letter but doesn’t finish it.

The reader meets the husband mostly in passing references, and he emerges as a rather insensitive and egocentric chauvinist who is clearly better at wooing women than keeping them. And as it turns out, the husband doesn’t appear to like dogs any more than he likes cats.

Her obsession leads Wife No. 2 to research famous second wives in history and fiction, starting with Jacob’s marriage to the sisters Leah and Rachel and including among others Vaclav Havel and Mario Vargas Llosa’s novel In Praise of the Stepmother.

It is Tuck’s brilliance as a writer that she can create a character so fully in just a few pages, paragraphs even, that the reader feels she is someone you know. And along the way, she throws in incidental asides with interesting if useless information about Michelangelo’s David, the Bosendorfer piano, a recipe for crème brulée, linear algebra and its founder Hermann Gunther Grassmann, to name only a few.

If by the end, the reader may feel neither Wife No. 2 (nor No. 1, the husband, or even the kids, for that matter) are people you’d just as soon not count among your closest friends, it does not distract from an insightful and astute snapshot of obsession.

Wilborn Hampton is a journalist whose career included being an editor on the Book Review section of The New York Times.