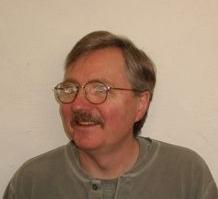 Richard Frisbie is a professional baker whose articles on culinary travel have appeared in a broad range of print and online venues, including EDGE Publications, Examiner.com, and Catskill Guide. Several were even collected in two travel anthologies. He owns Hope Farm Press & Bookshop, which specializes in publishing and editing regional books on New York State since 1959.

From The Grand Canyon To The Great Wall: Travelers' Best, Worst And Most Ridiculous Stories From The Road

France Plane Reader - Get Excited About Your Upcoming Trip to France: Stories about the People, Places, and Eats of France (GoNomad Plane Readers Book 8)

Chasing the Rose: An Adventure in the Venetian Countryside

“Fear not—let your eyes glaze over through the Latin-studded rose begats—and glean the tantalizing and titillating bits of history behind them that you won’t find in any school books.”