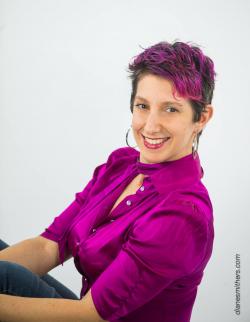 Previously the organizer of the In the House Festival (a multicultural and multidisciplinary festival) for which she was nominated for the YWCA's Women of Distinction Award, Myriam Steinberg is now an author.

Ms. Steinberg has written articles for Birthing Magazine, She Knows, and the CBC. Her work has also been included in two anthologies: Choosing Single Parenthood: Stories From Solo Parents by Choice, and Bloom Where You Are Planted.

She is currently working on her second graphic novel, entitled Stick, Stay, Grow.

Catalogue Baby: A Memoir of (In)fertility

Born and raised in poverty on a plantation in Martinique, Stephanie St. Clair (Queenie) eventually arrives in New York. In the 1930s; she makes a name for herself as a racketeer and bootlegger.