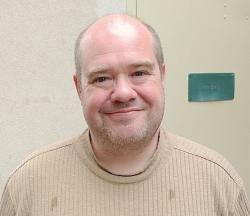 Manny Blacksher was Assistant Editor at the Birmingham Poetry Review. He was chosen as an "emerging poet" by Poetry Ireland in 2001, and his poems appeared in Fortnight magazine's literary supplement, Young Blood: New and Emerging Talent in 2002. Over 50 compositions have appeared in numerous publications in the U.S., Ireland, England, and Scotland. He is currently enrolled in Carnegie Mellon's Masters of Arts Program in Professional Writing. He was an English instructor at the University of Alabama at Birmingham for five years, and has also taught at Trinity College Dublin and McGill University.

The Twelfth of Never

"The collection is a chronicle of practice and refining performance."