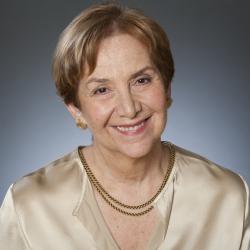 Jane Isay spent 15 years as an editor at the Yale University Press, creating their lists in psychiatry, psychology, and child development. She was co-publisher and Executive VP of Basic Books from 1979 to 1983. She published Howard Gardner (Frames of Mind), Alice Miller (The Drama of the Gifted Child), Mary Pipher (Reviving Ophelia), Antonio Damasio (Descartes’ Error), and Rachel Simmons (Odd Girl Out), among others.

She has been a board member of numerous university presses, including Rutgers, Johns Hopkins, and Wesleyan; she chaired the board of The New Press for nearly 10 years.

She lives in Manhattan.

Walking on Eggshells: Navigating the Delicate Relationship Between Adult Children and Parents

Mom Still Likes You Best: Overcoming the Past and Reconnecting With Your Siblings

Do not be put off by the urgent tone of Hippocrates Cried, though a more apt title might have been Hippocrates Howled.