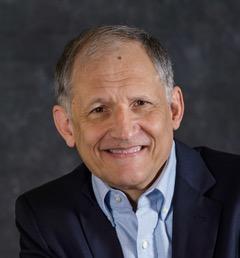 On The Brink: The Life and Leadership of Norman Brinker

The Founding Fathers on Leadership: Classic Teamwork in Changing Times

Leading with the Heart: Coach K's Successful Strategies for Basketball, Business, and Life

Run to Win: Vince Lombardi on Coaching and Leadership

Unto Us a Child: Abuse and Deception in the Catholic Church

Character in Action: The U.S. Coast Guard on Leadership

One Magical Sunday: (But Winning Isn't Everything)

The Way of the Shark: Lessons on Golf, Business, and Life

On the Wing of Speed: George Washington and the Battle of Yorktown

Get in the Game: 8 Elements of Perseverance That Make the Difference

The Clinton Charisma: A Legacy of Leadership

Wiser in Battle: A Soldier's Story

Auschwitz: Not Long Ago. Not Far Away.

We’ve all heard of Auschwitz, the World War II Nazi death camp in southern Poland. The statistics are daunting: 1.1 million men, women, and children murdered, 900,000 of them Jews.