Auschwitz: Not Long Ago. Not Far Away. 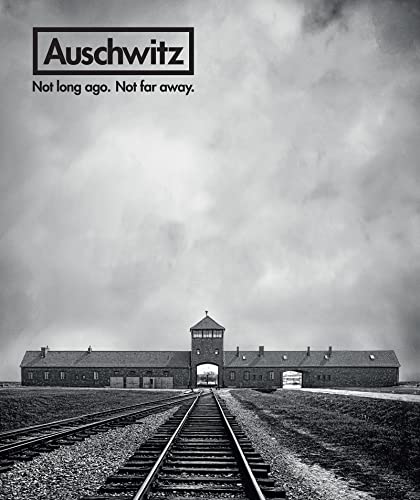 We’ve all heard of Auschwitz, the World War II Nazi death camp in southern Poland. The statistics are daunting: 1.1 million men, women, and children murdered, 900,000 of them Jews. If you’ve never been there, this is your chance to experience it via an unprecedented traveling exhibition dedicated to the historical significance of the camp and its role in the Holocaust. Auschwitz: Not Long Ago. Not Far Away. will be in New York City on May 8, 2019, the anniversary of VE (Victory in Europe) Day 1945.

This book is certainly an invaluable companion to the traveling exhibit, which includes 700 original objects and 400 photographs. But it is so much more than that. It also relates a vast history, one that must be told again and again, as each new generation learns anew.

Inside, we read concise, lucid narratives of important historical events, such as: the basic roots of Judaism and 2000 years of oppression that eventually led to the Holocaust; how the anti-Semitism of World War I continued through World War II, in effect producing a 30-year conflict; the rise of the Nazi party and the gradual escalation of Jewish persecution that produced Hitler’s decree that “the Jew” was the root of all of Germany’s problems, and how that, in turn, resulted in the Final Solution; and a brief history of Auschwitz itself—from its beginnings in the 1880s as “an important point of connection and transition for emigrants on their way to the ports of Humbug and Rotterdam,” to the construction of barracks in 1910 for seasonal laborers, to Germany’s seizure of the compound in 1939, to the addition of Birkenau in 1942 and, finally, to the creation of a death camp designed to exterminate the Jews of Europe.

This volume also gives us a sense of what daily life was like in the camp.  “Each of the objects in the exhibition has its own voice, its own historical echo,” note the authors. “Each is a fragment of history that has been preserved from the past to provide a firsthand account of the terrible events it witnessed.”

They include: a three-tiered bunk from one of the barracks; a trumpet played in the Auschwitz orchestra by Dutch jazz musician Louis Bannet; racial-determination boards for eye, hair, and skin color; mug shots of prisoners along with their stories of life and death; scale models of the camp, the crematoria, and the wire-mesh column used to lower canisters of poison gas into the death chambers; and photographs of the children about to be gassed. Oh, the children. The pictures of their faces, their clothes, their toy dreidels found mixed with bullets, and their unbearable innocence.

And then there are the many artisans interred at the camp who resolutely recorded for posterity what they saw and experienced, such as: the moving pencil drawings of Polish artist Jan Komski; the haunting oil paintings of the German surrealist painter Felix Nussbaum; the shocking watercolor and ink drawings of Polish-born French painter and sculptor David Olere; the classic description of prisoner living conditions by Polish writer, Tadeusz Borowski; and the transcendent verses of French poet Charlotte Delbo.

The authors of this superbly structured and brilliantly written book also touch on the “Why?”—“Why does it still matter?” They quote American philosopher Hanna Arendt, who wrote that within the Third Reich, “facts did not matter” and that there was an “incapacity or unwillingness to distinguish altogether between fact and opinion.” Does that sound familiar? Many people agree this is happening again today all around the world.

The artifacts in the exhibition, and accompanying volume, each have their own stories. And those stories “converge into a single epic story.” It is a story that must be told again and again, to every new generation, in a dramatic manner that gets the message across so that what happened at Auschwitz-Birkenau will never, ever be forgotten. This splendid traveling exhibition does just that.

Go see it while you can, take your children and grandchildren, and prepare to be moved by the agony in the face of a young Greek woman waiting to be deported to Auschwitz—or a goodbye note written by a Dutch teenager to her friend and thrown from a train bound for the death camp—or the shoe of a four-year-old child who tucked his little sock into it as he undressed for what he and presumably his mother were told was a shower, but was really a gas chamber.

Donald T. Phillips is a staff reviewer at New York Journal of Books.