Pam Smallcomb grew up in the Mojave desert of Southern California. This gave her a great appreciation for two things: air conditioning and the color green. Her books include The Trimoni Twins and the Shrunken Treasure, The Trimoni Twins and the Changing Coin, The Last Burp of Mac McGerp, and Camp Buccaneer. Pam now lives in Maryland with her husband and four children.
Robert Weinstock attended Stanford University and California College of Arts & Crafts. He is the author of Food Hates You, Too and Other Poems, Giant Meatball, Gordimer Byrd's Reminder, and Can You Dig It? He lives in Brooklyn with his wife, the film critic for Slate.com, and his young daughter. 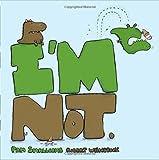 Who among us has not felt pale and insignificant in comparison to a friend who seems to shine and sparkle in everything she does and with all that she is?