Jihad and Death: The Global Appeal of Islamic State 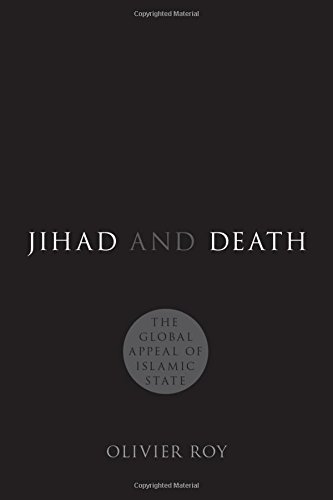 ". . . should be required reading for all Western policymakers who keep making the same mistakes regarding Islamic terrorism."

For people living in the relatively safe confines of the West, the idea that someone would be attracted to suicide bombings or videotaped beheadings is beyond puzzling. Of course we have always had crazy people, but it seems like ISIS and other jihadi organizations have created an entire generation of crazies hell bent on death and destruction.

In Jihad and Death, French political scientist Olivier Roy takes the idea of generational warfare and the attraction to chaos that so many young people feel and applies it to the current war on terrorism.

In Professor Roy’s rendering, the process in the West and in the Middle East has been a “Islamization of radicalism,” meaning that today’s jihadis are very similar to the Red Guards of Mao’s Cultural Revolution and the teenage Marxist terrorists of the Khmer Rouge. Roy states that “radicalization is not the consequence of religious radicalization,” but rather the consequence of a fascination with death that is amped up by a campaign of derealization.

In other words, ISIS, with its glossy snuff films and its use of contemporary “street” culture in terms of dress, lingo, and music, has tapped into the same type of dissatisfaction that causes youth in Marseilles to become AK-47-wielding gangsters. They are attracted to fame and death, and many of ISIS’s Western volunteers are embroiled in a generational conflict against the Islam of their parents.

All of this does not excuse fundamentalist Islam. Roy is keen to point out that Islam, especially puritan ideologies like Salafism, appeals to teenage radicals because of its many edicts about killing the kufar (unbelievers). Similarly, Salafism’s desire to remove itself from the contemporary world makes it a breeding ground for loners and those filled with hatred for modern secular society.

Professor Roy’s very short text should be required reading for all Western policymakers who keep making the same mistakes regarding Islamic terrorism. It is important to understand, especially for Francophone nations, the severe laïcité, or the sharp separation of church and state, has made France and Belgium vulnerable to Islamic terrorism. Why? Because aggressive secularism has not only removed religion from public life, but also religiosity. In Roy’s world, Islamism is more about religiosity, or religious feeling, than it is about religious dogma.

Furthermore, Western talking heads should give up their vain campaign to materialistically deal with Islamism. ISIS’s violence is not driven by “neo-imperialism” or the continued struggles between Israel and Palestine. Also, as French journalist David Thomson has pointed out in his book Les Revanants, constantly saying that terrorism has nothing to do with Islam actually drives many Muslim teens in the West to investigate Sunni extremism for themselves.

Jihad and Death paints a very dark picture indeed. In this book, jihadism is both a generational revolt and a highly individualized quest for redemption. The pot-smoking jihadis of ISIS do not actually want to create an Islamic state. What they want is to go to heaven by killing themselves and killing others. This is how they will wash away their sins. Jihadism is the ultimate expression of atomized globalism. Until the West realizes this, it will remain a counter-puncher in the fight against radicalization.