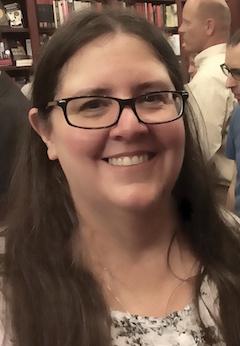 Her middle-grade work includes the Junior Library Guild selection and 2016 Edgar Award winner in the Best Juvenile category, Footer Davis Probably Is Crazy. Things Too Huge to Fix By Saying Sorry, a mystery with historical roots, is scheduled for release in September 2016.

When Ms. Vaught isn't writing, she works as a neuropsychologist at a state psychiatric facility. She and her family live in rural Kentucky, enjoying the company of dogs, cats, chickens, peacocks, guineas, turkeys, and a very energetic parrot.

Things Too Huge to Fix by Saying Sorry

“It was a small gesture of defiance, a candle against the dark night, but later Jian would remember that moment and think, That is when it really began.”