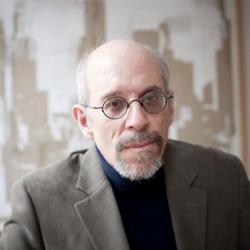 John Feffer is director of Foreign Policy In Focus at the Institute for Policy Studies. He is the author, most recently, of Aftershock: A Journey into Eastern Europe's Broken Dreams (Zed Books). He is also the author of the dystopian novel Splinterlands (Dispatch Books) and its soon-to-be-released sequel Frostlands. He is the author of several other books, and his articles have appeared in The New York Times, Washington Post, USAToday, Los Angeles Review of Books, Salon, and many other publications.

He has been an Open Society fellow, a PanTech fellow in Korean Studies at Stanford University, a Herbert W. Scoville fellow, a writing fellow at Provisions Library in Washington, DC, and a writer in residence at Blue Mountain Center and the Wurlitzer Foundation.

He is a former associate editor of World Policy Journal. He has worked as an international affairs representative in Eastern Europe and East Asia for the American Friends Service Committee. He has studied in England and Russia, lived in Poland and Japan, and traveled widely throughout Europe and Asia. He has been widely interviewed in print, on radio, and TV.

House of Trump, House of Putin: The Untold Story of Donald Trump and the Russian Mafia

President Donald Trump now finds himself, not even two years into his term, besieged by congressional opponents, a special investigator, numerous lawyers, the mainstream media, protesters in the st