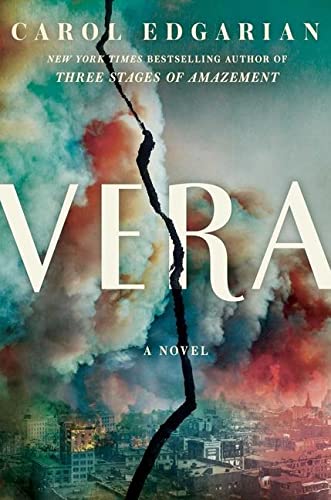 As the world faces down a crisis of epic proportions—a pandemic not a mere epidemic—it is refreshing to lose oneself in the story of a 15-year-old girl, left largely to her own resources by her madame of a mother, who survives the devastating San Francisco earthquake of 1906 as well as the fires that burn much of the city, and from the ashes and rubble, manages to build a decent life for herself and those around her.

The story is set entirely in San Francisco, which, in the first years of the 20th century, was a booming frontier town, built by gold miners and replete with bordellos and casinos to service them, a lawless settlement that spawned corrupt politicians, parvenus, thieves and hustlers of all kinds, and where people made and lost fortunes in the blink of an eye. What makes Ms. Edgarian’s description of the city appealing is that its physical structure has remained largely the same: Pacific Heights, the Marina, Nob Hill, North Beach and Chinatown are the areas where the story takes place and where you can still walk today.

Vera Johnson, the illegitimate daughter of Rose, the owner and madame of San Francisco’s premier bordello, grows up with a Swedish stepmother, Morie, whose only source of livelihood is the money Rose pays her to raise Vera and the weekly delivery of food and other goods brought by Rose’s Chinese factotum, Tan. Morie’s real daughter, Pie, is good friends with the daughter of the mayor of San Francisco, Eugene Schmitz, who is on the verge of facing criminal charges for corruption when the earthquake hits. Nevertheless, it is Schmitz who organizes much of the immediate relief effort and the plans to rebuild the city, with the hopes of avoiding justice for his past sins.

With Morie dead and her house destroyed by the quake, Vera and Pie set out for Rose’s Pacific Heights Victorian mansion, which has largely escaped the massive destruction of the rest of the city. The madame, however, is not there—it seems she was at her North Beach bordello. In this vacuum Vera takes charge and allies herself with Tan to eke out a living for themselves and those around them and slowly to make repairs in the house and rebuild their lives. With the help of Bobby, a resourceful youngster helping out in the nearby orphanage, and Monster, the horse he has salvaged, she sets out to search for Rose. She ends up finding her near death in a makeshift hospital, but with her little team steals her biological mother away and brings her to her home, where slowly she nurses her back to health.

Throughout the story, Vera is aching for the love that Rose denied her. She finally finds another kind of love with Bobby, but then in a moment of indecision, she pushes him away. She comes to regret this later, as she sees him hook up with Pie and eventually marry her.

A decision she does not regret is her desperate move to gain the resources to be able to carry on in the post-apocalyptic world. With all the income from Tan’s makeshift street kitchen and the selling of the surviving valuables from Rose’s house dried up, she commits what is a crime, but justifiable since those very riches were amassed illegally, and it is this that ultimately allows her to create a good life for herself and her extended family of survivors.

Carol Edgarian weaves a wonderful tale of struggle, youth, perseverance, love and the lack of it, and much of what makes us human beings. The story could be a medieval morality play, wherein the ultimate moral good is one’s survival, and that of those one holds dear. It is rich with real and created characters—the opera singer Enrico Caruso, Alma Spreckels who founded the Legion of Honor, San Francisco’s famous art museum, and of course, Eugene Schmitz, make stunning appearances, but more important to the story are the very human characters that Ms. Edgarian herself brings to life: Vera, Rose, Tan, Pie and Bobby among others.

Vera is well written and flows from chapter to chapter as it captures a difficult but evocative time in the life of one of America’s great cities. It is well worth a read for this alone, if not for the gripping story of a young girl’s struggle and coming to age during the life shattering events of the earthquake and fires of 1906.