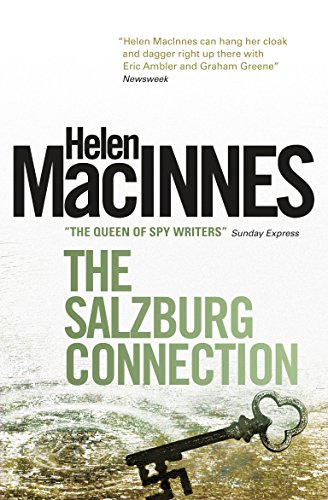 “It is the humor and Nick-and-Nora banter between Sam and Nakayla that lifts Mr. de Castrique’s series above the purely regional, carrying us along to an unusual but believable conclusion. By that time, we’ve also been educated about Carl Sandburg, American folk music and a little known corner of Confederate history, and wish we could stay with Sam and Nakayla as they head off for some well-earned barbecue.”

What if Nick and Nora Charles tired of their socializing and sleuthing in the big city and left, with Asta in tow, for the Blue Ridge Mountains? And what if they had at least one child during their mountain idyll? And what if that child grew up following in his parents’ footsteps, via the military’s Central Investigative Division, before settling down back home? Such is the literary DNA of Sam Blackman, the private detective hero of Mark de Castrique’s third Blackman whodunit, The Sandburg Connection.

During the two earlier novels Sam, like his speculative Mum and Dad, established a part-romantic and part-professional relationship with a beautiful woman, in this case Nakayla Robertson, and embarked on a career as a private investigator. All that’s missing is the dog, although Mr. de Castrique provides a pregnant goat named Ida Mae for this latest outing. As in the first two novels, which involve Thomas Wolfe and F. Scott Fitzgerald, The Sandburg Connection pivots around a literary conceit.

The Sandburg in question is, of course, Carl Sandburg whose farm, Connemara, not far from Asheville, North Carolina, remains a pilgrimage site for fans of Sandburg’s poetry and popularization of American folklore and song.

In The Sandburg Connection, it also serves as the site for the opening chapter death of a history professor that at first seems accidental but that Sam and Nakayla come to believe may have been murder - a murder somehow connected to an obscure folk song known to Sandburg, as the dying woman whispers, “It’s the Sandburg verses. The Sandburg verses.”

Mr. de Castrique thus sets up a classic riddle-based whodunit, with a large cast of deftly deployed characters and some regional twists. It may not be widely known, for example, that the National Park Service, which administers Connemara as a National Historic Site, has its own investigative division, which allows Mr. de Castrique to introduce Ranger Bobby Ray Corn instead of a gumshoe cop as Sam and Nakayla’s partner-in-sleuthing, with whom we navigate the tricky jurisdictional niceties of crime committed on federally-controlled land.

We learn a lot of other obscure facts about this particular corner of western North Carolina, too. The former village in which Connemara sits, we are surprised to know, was once considered as a potential capital for the Confederacy during the Civil War. There’s the interesting tidbit that the Confederacy’s treasurer built the original Connemara farmhouse with a view to concealing an important item from the advancing Union troops; and that while the Blue Ridge’s population of chestnut trees may have been decimated long ago in a blight, a few remain—all of which figures in Mr. de Castrique’s intricate plotting.

Less integral but just as interesting are passing references to the difference between eastern and western North Carolina barbecue, the demands of a pregnant goat, and the murderous qualities of certain varieties of guitar string.

In keeping with his own mountain heritage, Mr. de Castrique writes on a purely narrative, plot-driven track as straight and true as one of the steam locomotives that once plied the mountain ridges, with few detours into the deeper layers of his characters’ lives. But the few details he does provide add an attractive patina to the tale, starting with the relationship between Sam and Nakayla, who is African American.

The dramatic possibilities of an interracial romance in the modern South merit only one tangential comment, when Nakayla suggests the two of them split up before meeting a person of interest in their investigations. “It may be the 21st century but a black and white couple still draws attention around here,” she tells Sam. Then there is Mr. de Castrique’s unique fillip of a one-legged detective, for Sam lost a limb during combat in Iraq. Even here, Mr. de Castrique’s humor treats the subject lightly. Sam, we’re told, has one prosthesis for everyday terrain, which he calls The Cadillac, and a second for rougher country terrain, The Land Rover.

It is the humor and Nick-and-Nora banter between Sam and Nakayla that lifts Mr. de Castrique’s series above the purely regional, carrying us along to an unusual but believable conclusion. By that time, we’ve also been educated about Carl Sandburg, American folk music and a little known corner of Confederate history, and wish we could stay with Sam and Nakayla as they head off for some well-earned barbecue.