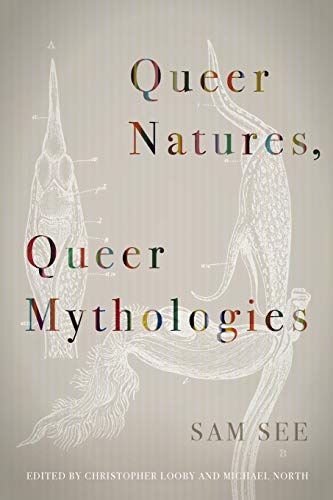 “intriguing, certain to be debated for some time, and likely to bring pleasure to young scholars who encounter See’s playful prose in the midst of their studies.”

English academic writing is an odd bird when regarded outside of its native habitat. English remains a popular university major, and its scholars write books, but the books themselves are niche creations, commenting on the patterns of other books in ways only really engaging to other scholars of those same books. They contribute to scholarship in the field, but few outside of academia would ever open such a text.

However, See’s book also engages with queer theory, the academic mode in which the sexualities which we broadly refer to as “queer” become a lens through which we understand culture. It’s a rich academic field marked by a handful of standout authors, notably the late Eve Kosofsky Sedgwick. But Sedgwick’s work, which examined Victorian literature in terms of the anxieties of the 1990s (homophobia, “homosexual panic,” and blackmail-ability), represents only one mode of queerness. It’s anchored in the past, framing homosexuality as a kind of persistent tragedy which can be resisted but rarely overcome.

In 2020, we see queerness through a radically different lens from what we peered at 30 years ago. Queerness is less a terror and more a distinct mode of being and loving. See’s book operates in this context and does so charmingly.

In his first essay, See brings together two recognizable names: Charles Darwin and Cole Porter. Porter’s classic song “Let’s Do It” (you know “Birds do it, bees do it, even educated fleas do it”) becomes See’s framework for reading Darwin. He suggests that Porter reframes Darwin’s discussion of what sex is for in a “natural” context: “The ambiguity of the lyrics’ titular ‘it’ refers, after all, to sexual feelings, not the genders of the bodies that possess them or the acts they commit.  Even more like Charles Darwin, . . . Porter uses scientific discourse to suggest dispassionately that all sexual feeling has a place in nature, for nature itself creates sexual feeling. Rather than to justify sexual behavior on a moral basis, this song implies, the task of post-Darwinian literary art is actually quite scientific: to express nature’s call as objectively as possible.”

The juxtaposition of pop song and evolutionary theory is an intentionally playful one. See’s writing works in this mode: it’s smart, it’s engaged, and it’s funny. The seriousness of decades of sexuality theory is set aside in favor of a light-hearted reassessment of what sexuality is and what it’s for: for “doing it.”

In full critical mode, See is less playful. The validity of his arguments is a question for modernist scholars, but they’re thoughtful and thoroughly connected. The book itself is divided into two sections (as the title suggests). The first part is a revised version of See’s doctoral dissertation; the second collects two published articles and one unpublished paper, which the editors note “would doubtless have undergone transformation if they had been integrated into the second book.”

See was a professor of English at Yale at the time of his death at age 34 in 2013. His scholarship was influential enough during his lifetime to prompt a posthumous discussion at the 2015 conference of the Modernist Studies Association. In this context, Queer Natures, Queer Mythologies must be understood as an attempt by dedicated editors to capture and make coherent a brief career’s worth of thoughtful and perhaps even crucial scholarship, and to contain it in a single volume. The resulting book is intriguing, certain to be debated for some time, and likely to bring pleasure to young scholars who encounter See’s playful prose in the midst of their studies.