The Opposite of Fate 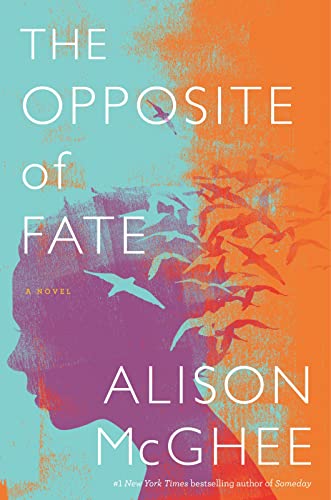 In her latest novel, New York Times bestselling author Alison McGhee tackles a moral conundrum that promises to push all the buttons around freedom of choice. The story begins when 21-year-old Mallie Williams emerges from a comatose state caused by an attack and rape months prior. The blurb on the back of the book asks: “Who gets to choose?”

The premise is loaded: a young girl is brutally attacked into unconsciousness, becomes pregnant; the attacker cannot be found or identified; the victim is tended to by loving relatives and friends who must “choose” to have the baby brought to term inside a comatose teenager, or not. Mallie’s mother is one of these loved ones, but she is painted with a cliched brush: She’s found Jesus recently and of course agrees with all those Christian restrictions. Just guess what she outcome she wants. It’s not hard.

The problem with this novel is, the choices have already been made; the reader has missed out on all that drama and everything that could have been suspenseful (if it weren’t so predictable) has happened already. From the book blurb some of the drama has been revealed, but the reader, from page one, must painstakingly wait for any unknown details to be revealed bit by bit as her caretakers have all agreed not to say anything to Mallie, unless she asks.

So as the days go by since she awakens from her coma, Mallie’s life comes back detail by painstaking detail. Painstaking because it’s all backstory. There is not ticking time bomb or even a ticking clock under any element of this story, and as a result the reader becomes a passive observer. Almost everything has already happened by page one.

The narrative is laced with backstory: at first told as an answer to Mallie’s latest question. Then after the answer is revealed, a digression from that answer, then a memory of Mallie and the person she’s now remembering. Almost nothing happens in the present. Almost everything is a re-run in someone’s head about what already happened.

The story is told from the point of view of Mallie and alternately, William T, a long-time family friend, an uncle of a neighbor who was by her side in hospital every day. Other characters: Lucia, Mallie’s mother who died of pancreatic cancer while Mallie lay sleeping; Charlie, her brother; and Zach, her boyfriend.

When Mallie finds out “they” let her pregnancy come to term, she instantly knows she would have wanted an abortion, but she gives no reasoning for that complex decision. Why? Because it’s just part of the formula imagined before the story was written.

In anger over this twist of fate she didn’t get to weigh in on, Mallie drives off in a show of independence. Finally! Something is actually happening!

But just as quickly, the narrative flips back inside the heads of the main characters and the bone is pushed around the plate again, repetition of known facts and wondering about it all. Most of narrative consists of re-discovered memories from Mallie’s past, giving the reader a sense of her life before the brutal beating and rape.

Most of the questions are repeated in one way or another. What happened in the time Mallie lay on that hospital bed? What would she have wanted? How does she feel about having been pregnant? Who died and who was “still alive and in the world”? We know the answers to these questions, but we have to go through them again, with a memory thrown in.

The problem is, Mallie is thoroughly ordinary, and repeating the conundrum around every corner is just plain repetitive. Photos of Mallie next to cash registers were mentioned about 20 times, things were revealed from a box of newspaper clippings and op/ed pieces published while Mallie was comatose. The re-hashing is excruciating, and the story seems pasted together, a smorgasbord of “what ifs” carefully constructed to create a situation for the perfect argument.

The reader does not have a role in any of this; nothing the character does reaches into the imagination or longing of the reader. Of course, we sympathize. Of course we understand.

There is also the annoyance that we are being preached to, however subtly. “Such a small thing, in the great scheme of the world, a new life” the author comments. And of course, there is a new baby, “alive and in the world.” So there are a few things left to discover.