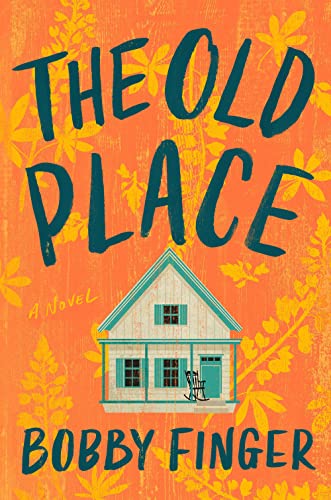 Sixty-three-year-old Mary Alice Roth doesn't know how to fill her days. Feeling wronged and slightly humiliated over her compulsory retirement as a high school teacher, she’s deeply invested in her local standing as a local Billington authority figure, though she’s unaware the community reputation she's earned is equally divided between her abrasive personality, and sympathy for her tragic losses.

Thirty-something Josie Kerr is a fish out of water but intends to embrace it. Born and raised in Manhattan, she’s married to Travis, who grew up in an affluent family that owns a five-hundred-acre compound just north of Billington, Texas, a town “passersby didn’t really see until the fifth or sixth time they drove through it, a blip on a blip that existed mostly in retrospect.”

When news of the death of Travis Kerr’s father arrives, Josie and Travis put their Brooklyn apartment on the market and relocate with their young son to Billington, Texas. Josie’s “New York City friends couldn’t believe how happy she seemed in a town so small it didn’t even have a Wikipedia entry.” The optimistic Josie looks on the bright side. “In Texas she had a house. And she had family nearby. She even got a job at a school where teachers never left unless they were forced out or dead.”

Mary Alice resents the existence of Josie, whom she considers the usurper of her school position, now that Josie is her replacement. Were it not for her best friend Ellie’s advice, the intimidating Mary Alice might get away with her repeated attempts at making Josie Kerr’s life miserable.

Ellie Hall is a divorcee who works in a nearby hospital. She has been Mary Alice’s friend for years since she and her son, Kenny, moved into the house next door. As single mothers with sons the same age who formed an immediate alliance, Ellie and Mary Alice enjoyed a strong friendship, until the common tragedy of each losing their son in the same timeframe set their close friendship adrift for 12 years, until Mary Alice reaches out to Ellie from the isolation of her retirement, and the two begin to reconnect over the habit of sharing morning coffee.

At “dark-thirty,” a knock comes to Mary Alice’s front door, and she opens it to discover a ghost from her past in the form of her sister, Katherine, who lives in Atlanta. Three years younger, the once close sisters haven’t spoken to each other since Katherine’s wedding decades before. It was a fight that caused their estrangement, and “Their lives had expanded in different directions, but when you followed the stories down to their roots, you’d find them joined in a million different ways.”

The attractive, well-to-do Katherine is there in person because Mary Alice doesn’t answer her texts, emails, or phone calls. Katherine tells Mary Alice she’s there on a mission “to fix your mess,” and demands she return with her to Atlanta.

When Katherine reveals the urgency of a call to action, the stunned Mary Alice knows the time has come to address what she’s taken great pains to hide from the Billington townspeople, with regard to what really happened to her son, Michael, who had a bond with Ellie’s son, Kenny, that was more than anyone knew. Wanting to forestall public knowledge of her duplicity, Mary Alice asks Katherine to wait with her for three days, until she’s on the other side of the annual Billington community picnic, of which she’s in charge.

For three days, the sisters revisit the tragedies of the past, which were centered on their family’s rural, multi-generational property known as The Old Place, which had been in their family since the early 19th century. “It was twenty minutes outside of town. Not east, toward Trevino, or north, toward the Hill Country, or west, toward Mexico, but south, toward nothing.” “Getting there required directions, not a map. . . . You felt the trip there as much as much as you saw it.”

Because it factored significantly as the setting of troubling stories involving both her husband and son, Mary Alice fears ever returning to The Old Place. In recalling a particular night in high school, when Katherine talked her into throwing a party at The Old Place while their parents were out of town, Mary Alice has reason to consider The Old Place unlucky grounds in her personal narrative. She considers that high school party “as the prologue of her life . . . the start of everything else. And all of it, absolutely all of it, was Katherine’s fault.”

Debut author Bobby Finger wields crisp, bright language in succinct, ample prose to reveal secrets deliberately hidden from the norms of social order. The backstories of intertwined, multiple characters are brought to a common light, thematically including fear of public opinion in a setting that sings the praise of small-town Texas. The characters are fully realized as each reconciles their part in the story. Their mindsets are understandable, and their dynamic creates a delightful arc of plausible cause and effect to immerse the reader in an experience that’s poignant and memorable.