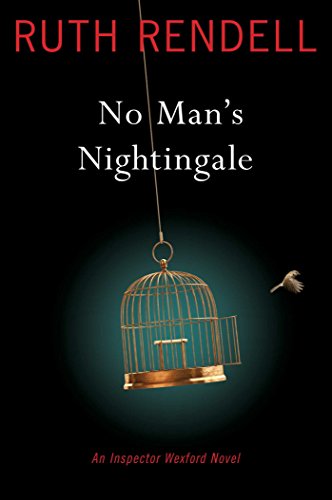 Of the many virtuoso choices Ruth Rendell has made in her Inspector Wexford series (this is number 24) perhaps the best decision is to have characters age.

Readers have seen Wexford through evolving relationships—with his weight, his daughters, and grandfatherhood. Author Rendell’s decision intensifies a sense of belonging between her characters and her readers. It’s uncommon and refreshing to read about late middle age and the struggles that go along with it.

Wexford has retired, but Mike Burden, his second in command, occasionally needs his former mentor’s help. In this outing, Burden needs help catching the person who strangled the Rev. Sarah Hussain in the vicarage of St. Peter's Church. Rev. Hussain was biracial, a single mother, and in the process of modernizing the liturgy. Among the suspects are bigots who didn’t like her or what she represented.

Ruth Rendell has admitted Wexford is easy for her to write because he is a lot like her. Still, to have a male policeman notice the number of time suspects make a cutting remark about the reverend’s gender or style must give Ms. Rendell a gush of pleasure.

Wexford’s keen sense of social class, so important in his job, takes on heightened strength because not many retirees have interacted with as many levels of the social strata as Wexford. This is made clear with his cleaner Maxine, who talks continuously while she works.

Wexford tries to read The Decline and Fall of the Roman Empire by Gibbon, but Maxine takes no notice. Wexford knows enough not to comment or respond but tries to make his escape—a bath, a walk, further investigation. Typical English manners, one may suppose. But once Maxine chats about her son who was involved in a bad business and Wexford’s antennae quivers. He brings the news to Burden, and Maxine is not pleased. She was willing to blather on, but forgot that Wexford still considers himself a policeman with a duty to report crimes.

This outing may be more social commentary than conventional murder mystery because the murderer is clear from the start, but because Ruth Rendell is so good and quite keen on observing society, readers will enjoy this offering.