The Lucky Ones: A Novel 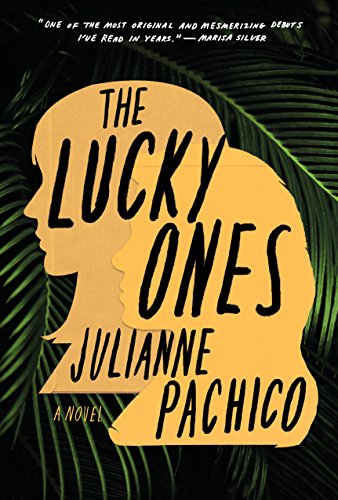 “The visceral impact of Julianne Pachico’s prose . . . is enough to convince a reader that disorder is only a rock, a knock, or a gunshot away.”

Call it a series of interconnected stories set mostly in Colombia. Or call it a mostly realistic novel, jigsaw puzzle-like in structure. Call it a South American tale by a British author raised in Cali. Or, call it an impressive first novel. This fine debut captures—in various senses of that word—what it felt like during the decades-long war involving guerrillas, drug cartels, paramilitary groups, and the government. A settlement was reached last year and Colombian President Juan Manuel Sanchez received the Nobel Peace Prize for ending it, but the terror and alienation linger.

With a sense of class inequality (young women attend private school, wealthy families live behind gated walls, bodyguards are chauffeurs, poor folk live in shacks and walk), Julianne Pachico references everything from ThunderCats action figures to Shakespeare, yet the result is indisputably Colombian.

These tales of innocence and experience begin and end with a group of girls who live in protected villas in the Valle del Cauca. One, Stephanie, decides to remain at home while her family goes to a party at the country estate of a classmate whose father, it later becomes clear, is a drug lord. She is bored. “When she hears the word guerilla she’ll picture a group of men dressed up in gorilla suits, roaming the jungle.” But despite the presence of a maid and warnings from her parents, she is not safe. “She doesn’t know it yet, but there’s something waiting for her. It could be a future or it could be something else.”

The story jumps ahead to the jungle, where an American who had been a teacher at the girls’ private school is now a prisoner of guerrillas who are hardly better off than he is. The teacher waits to be moved, ransomed . . . or killed. To keep sane, he adheres to his own private schedule, reciting Hamlet to a classroom of sticks, trees and rocks. This is the most terrifying story in The Lucky Ones, as parasites worm their way into the body of captives and soldiers alike, scarring them forever.

As the stories progress, we learn that one comandante used to be a scholarship student at the girls’ school. He was a good friend of the drug lord’s daughter. They shared Star Wars comics; he bought her a bikini—and then he said offhandedly “your father is a crook.” She turned on him immediately, suggesting it was good the world “always needs window washers,” mocked his “stupid common peasant expression,” and let him walk away.

Another of the girls winds up in New York, snorting cocaine contaminated with pieces of sticks and leaves. Recalling the party at which candy rained down from the sky, she also ponders how back in Colombia she was taught not to say “war” but “situation,” not “kidnapped” but “forcibly detained.”

The voices are from every corner of society (and a few from the animal kingdom), in every pronoun. Rich and poor, human and not, all are the unlucky ones, trapped and fearful. “I guess she didn’t have a deal with the cartels after all,” says one. “Don’t you mean the guerrillas?” “Maybe,” he says. “Or I could mean the army. Or the paramilitaries. Does it make a difference?”

In the end, much seemingly has changed. Or has it? “Things are much better now —safer—but people are still used to solving their problems differently. They solve them with weapons.” The date on this final story: 2013. The days of “La Violencia” may be over; most Colombians are “safe.”

The visceral impact of Julianne Pachico’s prose, however, is enough to convince a reader that disorder is only a rock, a knock, or a gunshot away.