Blah Blah Blah: What to Do When Words Don’t Work 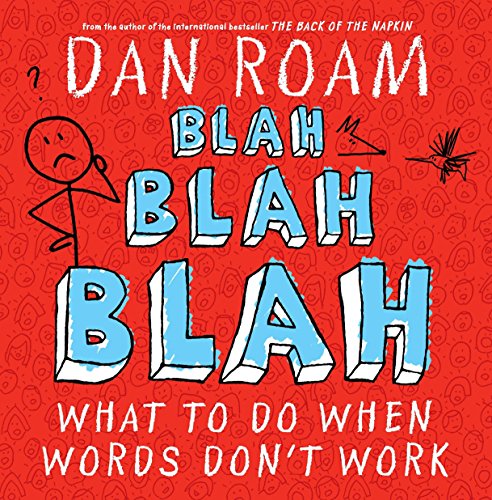 Let’s get the bad out of the way first: This is a terribly titled book. Surprisingly, there are three other identically named books in the world. One suspects they must share an editor. It’s enough to make a reader dismiss it out of hand.

This would be a mistake.

Blah, Blah, Blah is essentially the lone business book arguing—compellingly—that visual communication is rapidly becoming a lost art in a world where the use of words has increasingly resulted in making matters more complex and cloudy instead of concise and clear.

This is where blah blah comes in. By showing how pictures accompanying words can quickly and efficiently communicate complex ideas and theories, Blah makes abundantly clear that this is a skill from which we can all benefit. For example, Mr. Roam manages to distill something as complex as Einstein’s theory of relativity to a single graph on a single page.

In effect, the book challenges its readers to take that well-worn saw, “Show, don’t tell” to its logical end; moreover, Mr. Roam creates a framework so that anyone can do it; or at least, anyone can start to try to do it.

And this framework has only three basic rules:

2. If you don’t know which picture should be drawn, Blah provides a chart of Vivid Grammar to show how any idea can be broken up in to six “parts of seeing:” portrait, chart, map, timeline, flowchart, and multivariable plot.

3. Visually identify the essentials of an idea.

With these rules and the Vivid Grammar Graph as noted in point two above, a new way of thinking—that is to say, visual thinking—is hopefully cultivated and encouraged.

In addition to this very pragmatic and critical point, Blah is filled with fascinating case studies, thought-provoking anecdotes, and, of course, informative graphics.

Note that I said earlier that Blah is essentially the lone book—there are other books on the exact topic; notably Dan Roam’s previous work, The Back of the Napkin, an excellent book in its own right and Fast Company’s Best Business Book of the year, BusinessWeek’s best innovation book of the year and the London Times business creativity book of the year.

And therein lies the only other negative of this book. If you’ve already read The Back of the Napkin, and its companion workbook, Unfolding the Napkin, there’s probably not enough that’s new in Mr. Roam’s latest work to justify purchasing Blah.

However, if you’ve not had the pleasure of reading either of its predecessors—or even if you have but just want to see what else has percolated in Mr. Roam’s head since then—Blah, Blah, Blah is a must-have and a must-read.

Just make it past the title page.