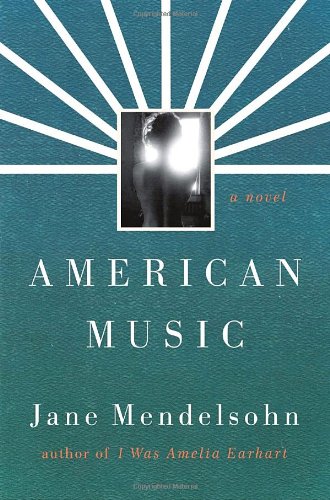 “The memory was like an explosion and he was inside it, living through it and it surrounded him and slowly he breathed life into it. . . . This was where he was headed. He was entering someplace. It seemed to be his life.”

This one is a brilliant and one-of-a-kind experience. Author Jane Mendelsohn has written a novel about disorientation and jumbled lives, where people are not sure whether they are living now or in the past. Or in the future.

“. . . she seemed to enter that new future and for an instant the past disappeared.”

The novel starts out with an Iraq war veteran—circa current times—being treated for his injuries by a 21-year-old physical therapist named Honor. As Honor works on the wounded soldier, whose name is Milo, she begins to feel and hear stories. His body “is like a haunted house.” She feels the stories in his limbs and in his bones, but bit by bit he also begins to tell her the stories that he sees. He tells the stories and they both listen, thinking that somehow these stories may involve people from the past.

Yet, the stories are disjointed and cover very different periods of time: 17th century Turkey (1623 to be exact), 1936, and 1969. These life stories of five separate individuals are seen in visions and/or heard by our two protagonists.

Music and its simple joys is one of the themes that unite the distinct stories. A dancer in Budapest in 1623 inspires a man of chemistry to invent a cymbal, the prototype of today’s premium brand found on many drum kits. Count Basie’s inaugural performance at the Roseland Ballroom in New York City on Christmas Eve brings lovers together: “The music had swung them here . . . this happy romantic rhythm would kill them both.”

Another theme is the past as prelude. We cannot fully understand who and what we are without understanding our ancestors and how their choices during their lives led us to the current moments in our lives.

“Do you ever regret coming east and leaving the movies?” Anna asked.

“No, I don’t,” Pearl said. She was looking straight up with her eyes open. Anna, already falling asleep, couldn’t see the tears. “If things hadn’t happened exactly the way they did,” she said, “I wouldn’t have been here with you.”

At the conclusion of American Music we see how the past and present stories are related. But this is not the key point. Once the past is fully encountered and understood, Mendelsohn tells us, we can’t hold on to it. Once it has served its purpose (once our relatives have lived and died for us) it is time to let the past (and them) go.

“She saw the . . . figures walk into the desert and she watched them . . . and she knew for the first time that she had not been letting them go and then the car drove on and she let them go.”

There’s an angel, a guardian angel of sorts that appears to a character in this book. He delivers a message and then disappears after doing his job. Jane Mendelsohn has done her job here so very, very well that it’s remarkable and more. I can almost see where the wings attach to her shoulders.