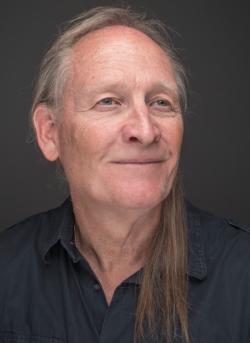 Author Robert Downes has been inspiring readers to pursue their dreams of travel and adventure for nearly three decades.

Mr. Downes has backpacked through more than 70 countries, sharing his experiences in two round-the-world books. As a cyclist, he has bike-packed across Europe, the British Isles and the United States in addition to cycling many other countries on every continent but Antarctica. Those experiences led to his thriller, Bicycle Hobo, and guidebook, Biking Northern Michigan.

A 1976 journalism graduate of Wayne State University, he served as a reporter and editor for various Michigan newspapers before launching the alternative Northern Express Weekly, in 1991. He sold the publication in 2013 to pursue book-length projects.

He and his wife, Jeannette, live in Traverse City, Michigan.

Planet Backpacker: Across Europe on a Mountain Bike & Backpacking on Through Egypt, India & Southeast Asia - Around the World

I Promised You Adventure: A Do-It-Yourself Guide to Traveling the World

Rediscovering Travel: A Guide for the Globally Curious

For those of us who are devotees of budget travel, Seth Kugel’s “Frugal Traveler” column often seemed the most readable contribution to the New York Times travel section.

To the world at large, Galway summons thoughts of one of Ireland’s most idyllic destinations, with rows of quaint shops and pubs leading down to the sea and the Spanish Gate in lanes filled with mu