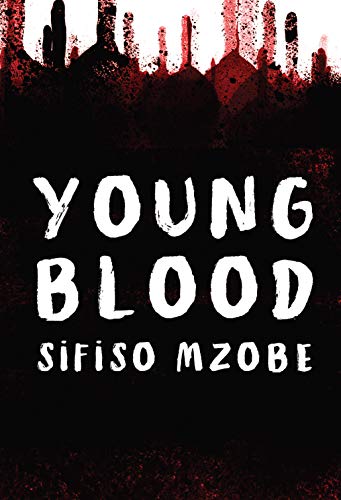 Young Blood won a slew of prizes when it was first released in South Africa, and it’s surprising that it hasn’t been published internationally before. The novel is set in Umlazi Township in KwaZulu-Natal, and it’s a gritty insider’s view of life there. It’s clear from the strong sense of place that the author knows the township well, and, indeed, it’s where he grew up. At one level, the book reflects the pressures and challenges of life there and in the informal settlements, growing like mushrooms around and within it, where things are even worse. We feel the township all around us and breathe its air.

The protagonist, Sipho, tells us not only his story, but a story of Umlazi, too:

“For every suburb there is a township, so for each section in the township a shantytown—add a ghetto to a ghetto. Fully functional, with such things as committees and such. The shantytown even had a name, Power, after the electricity plant that buzzed day and night at the top of the slope.”

At another level, it’s a coming of age story. It starts when Sipho is 16 and has given up school. It makes no sense to him, and he’s really only interested in motor vehicles and soccer. Musa, his friend from school, is from Power and starts to work with shoplifters. At a certain point, Musa heads to Johannesburg to make his fortune and returns in a flashy BMW. Sipho’s prowess with cars, and mechanical skills make him very attractive to a local car thieving gang, the Cold Hearts. He’s scared to death of them.

“I knew about the Cold Hearts. They were bloodspilling brothers. They talked—when they did talk—as if emotion was painstakingly sucked out of each word, so much so that if you were to replace their original words with others, the sentences would still sound the same.”

It turns out that Musa is as deep into the gangs as the Cold Hearts are, and he tempts Sipho into his world.

“‘I hear, Musa. I understand you, my brother. The problem is, I have never stolen a car before,’ I said.

‘It is not the hardest thing in the world, Sipho. Otherwise there would not be so many car thieves in the townships. The actual stealing is not complicated. Finding the heart to go steal is the hard part. You have to want to do it; that is the only way you will learn.’”

He isn’t really keen, but the money is seductive. He pretends acceptance of the way things are, but not really. Later he says, “In the township, we grow up around killers, so there is really nothing I fear. . . . But those thirty minutes at Sibani’s house, after he had emptied the magazine of a .45 pistol into a man’s head, filled every cell in my body with dread.”

However, when the money starts to flow, it’s addictive. Girls, drugs, and alcohol. Cars and speed.

And then, inevitably, things start to go very wrong.

In a first-person story, voice is crucial. Sipho’s is clear and gripping as we follow him through his 17th year. His relationship with Musa is complex, but it’s there for good or ill, and we accept it without question. This is not an easy book or a cheerful book, but it shows us a real side of life in the townships that can’t be unusual in poor areas as young men try to make their way to success however they can. It’s a landmark in South African crime fiction.